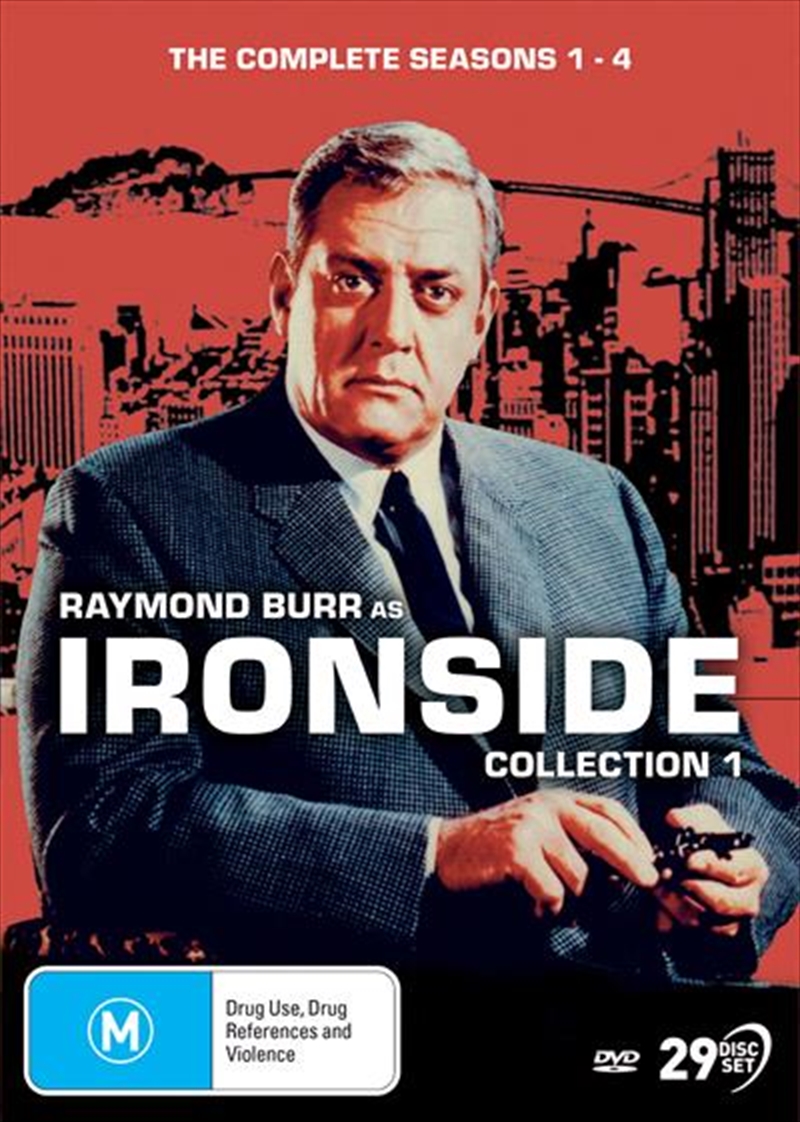 Shipping - See delivery options.
Postcode:
Quantity:
SEE MORE IN:
New Release DVD & Blu-ray New Release Television Bingeworthy Boxsets
DESCRIPTION
The only excuse for a policeman to take a day off is a death. His own. This is San Francisco's Chief of Detectives Robert T. Ironside's belief - one that he comes painfully close to. A man such as Ironside, passionately detesting criminals and crime, gathers a rich harvest of dissatisfied customers in the course of a long career. Perhaps it was inevitable then that one of his revengeful clients would take six shots at Chief Ironside. Now confined to a wheelchair, the unsinkable Ironside continues to work out of the Police Commissioners office on Special Assignment, aided by young Detective Sergeant Ed Brown, Officer Eve Whitfield and Mark Sanger - an angry youth who was tamed by the Chiefs rough but effective therapy. Starting without tangible clues, Ironside doggedly sifts the list of suspects, screens his leads endlessly, eliminates the implausible and finally pounces on his quarry. A man to fear, a man to respect and always a man to remember. This 29-disc set brings together the first four seasons of the long-running hit television police series, including the original feature-length pilot.
DETAILS