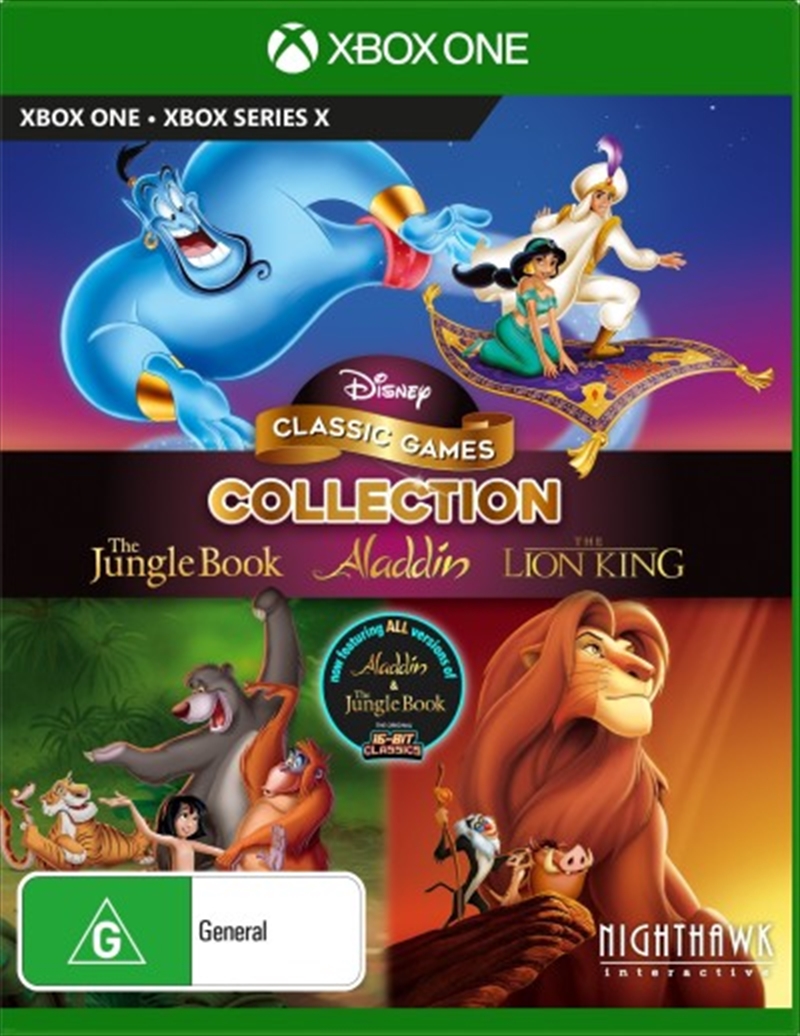 Disney Classic Games Collection is the latest and greatest compilation of classic Disney games based on some of the most beloved Disney movies of all time: Aladdin, The Lion King, and now, The Jungle Book! Now you can play all of the critically acclaimed 16 Bit console versions of Aladdin, along with classic games based on Disney's The Jungle Book!

These all new, fan requested, and beloved games complete this collection, making this the only way to experience all 16-bit console versions of Aladdin and The Jungle Book.

Play as some of your favorited Disney characters, including Aladdin, Simba, and Mowgli, all while experiencing some of the best graphics the 16 Bit era had to offer. Play through multiple versions of each included game and enjoy tons of new features, enhancements, game modes, easy game saves, and display options.

The Expanded Collection: Play through multiple different versions of the beloved Aladdin, The Lion King, and The Jungle Book games that have been created over the years, including both console and handheld versions. This incredible combination makes this the best edition yet of Disney Classic Games.

BOTH 16 Bit Console Aladdin Games included for the first time since their original release. By popular demand, two completely different and equally adored Aladdin games are finally available and enhanced for modern consoles. Which Aladdin game is your favourite?

Modern Features: Instantly rewind any of the games in real time to retry difficult areas, view full game playthroughs with the ability to skip forward, jump in, and start playing at any point, and quickly save your progress and continue your adventure wherever and whenever you want.


Games included in this Collection: