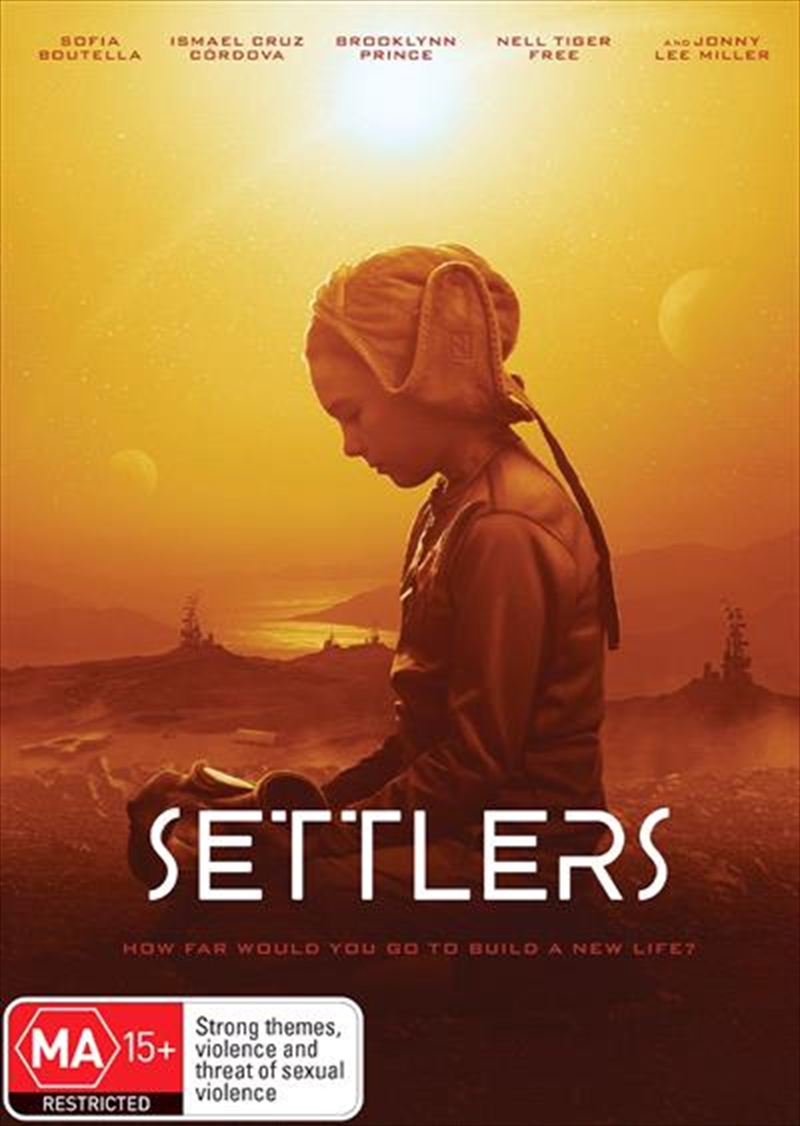 On a remote homestead on the Martian frontier, a family from Earth clings to hope for a better life. But when strangers appear in the surrounding hills and attempt to run them off, nine-year-old Remmy (Brooklynn Prince) catches a glimpse of the desperate reality her parents, Reza (Jonny Lee Miller) and Ilsa (Sofia Boutella), have tried so hard to keep from her.The strangers attack. Remmys parents kill two and Reza pursues the third into the hills. Remmy waits with her mother through the nightbut Reza never returns. Instead, the surviving stranger appears, clutching the stock of Rezas rifle.He gives them the option to leave, but Ilsa, for reasons unclear to Remmy, refuses. They thus begin an uneasy dtente with the stranger, who, introducing himself as Jerry, quickly insinuates himself into the daily rhythms of the homestead.Soon enough, Remmy begins to suspect a budding relationship between Jerry and her mother. Angered by Ilsas apparent betrayal, she decides to turn her back on the only place shes ever known and sets off into the hillsonly to discover how little choice her mother, and she, actually have.