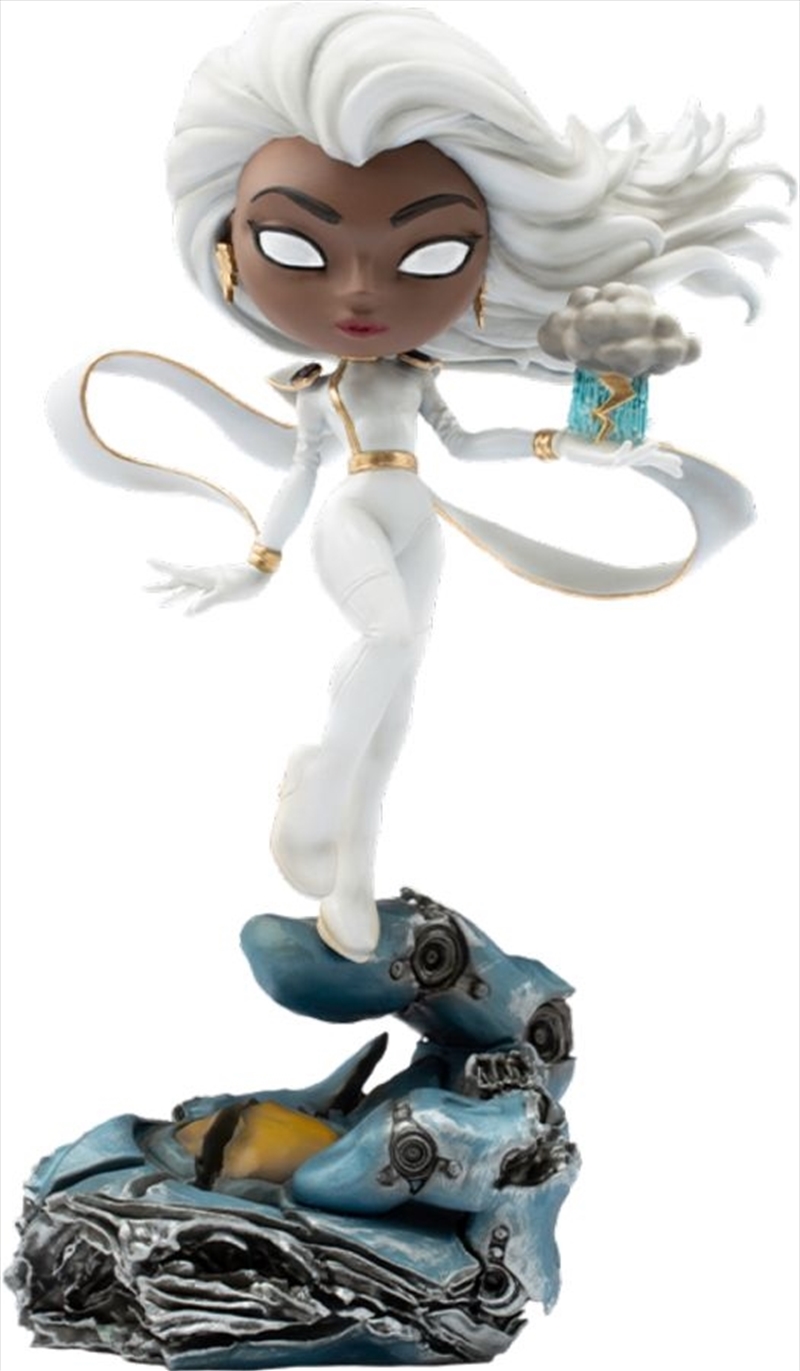 Floating on one of the fingers of what's left of a Sentinel's hand, the "Storm - X-Men - MiniCo - Iron Studios" statue presents Ororo Munroe along with the winds that she can control. With a small sample in the palm of her left hand, she shows that the weather can change for whoever faces her. Known as Storm, she is descended from an ancient lineage of African priestesses but grew up on the streets of Cairo as an orphan. In adulthood, she was recruited by Professor X and became one of the most important members of the X-Men. Ororo is an Omega-level mutant, and one of the main sources of her power is the Earth's electromagnetic field, which allows her to control and manipulate water, wind, and electromagnetic fields.