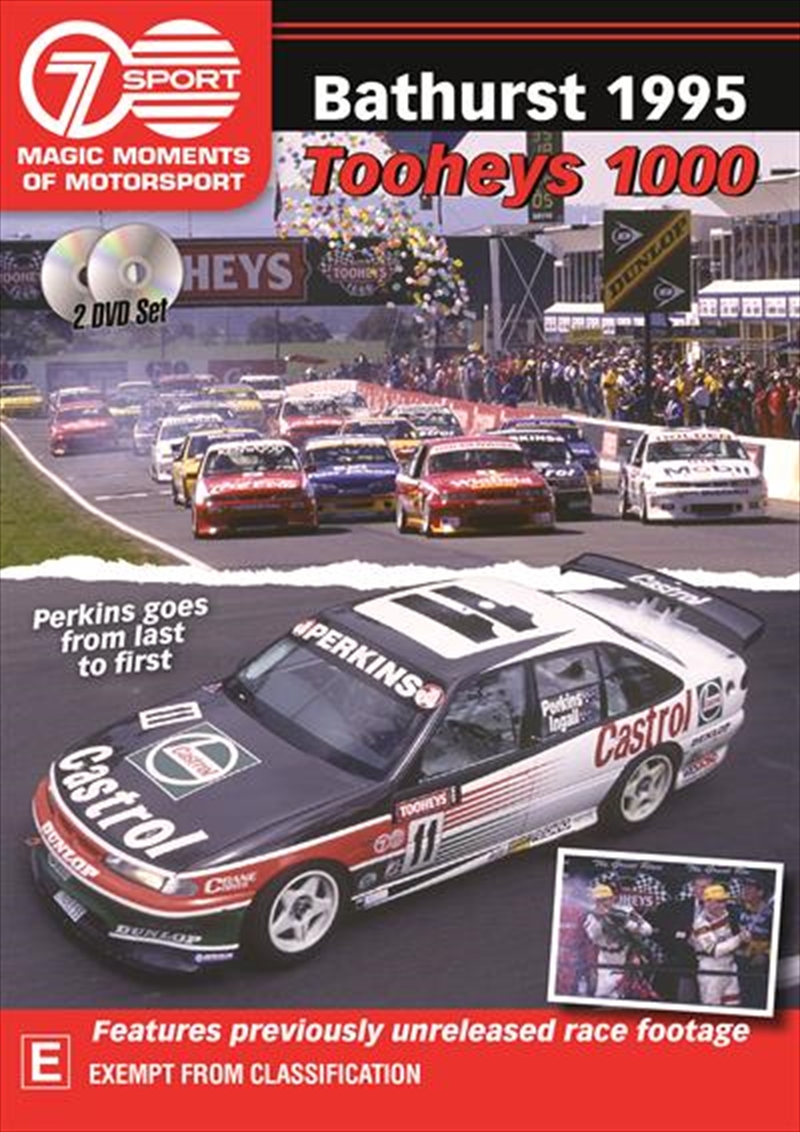 Shipping - See delivery options.
Postcode:
Quantity:
SEE MORE IN:
Magic Moments Of Motorsport
DESCRIPTION
The 1995 Tooheys 1000 at Mount Panorama, Bathurst remains a special race in the history of The Great Race with the Seven Sport race day telecast released here for the first time as part of the popular Seven Sports Magic Moments of Motorsport DVD series. That years race was the 33rd running of the annual October classic and the first time in its history it was run exclusively for Holden and Ford V8s, with Castrol Commodore aces Larry Perkins and Russell Ingall swept to a wildly popular victory over an unlucky Glenn Seton.
DETAILS