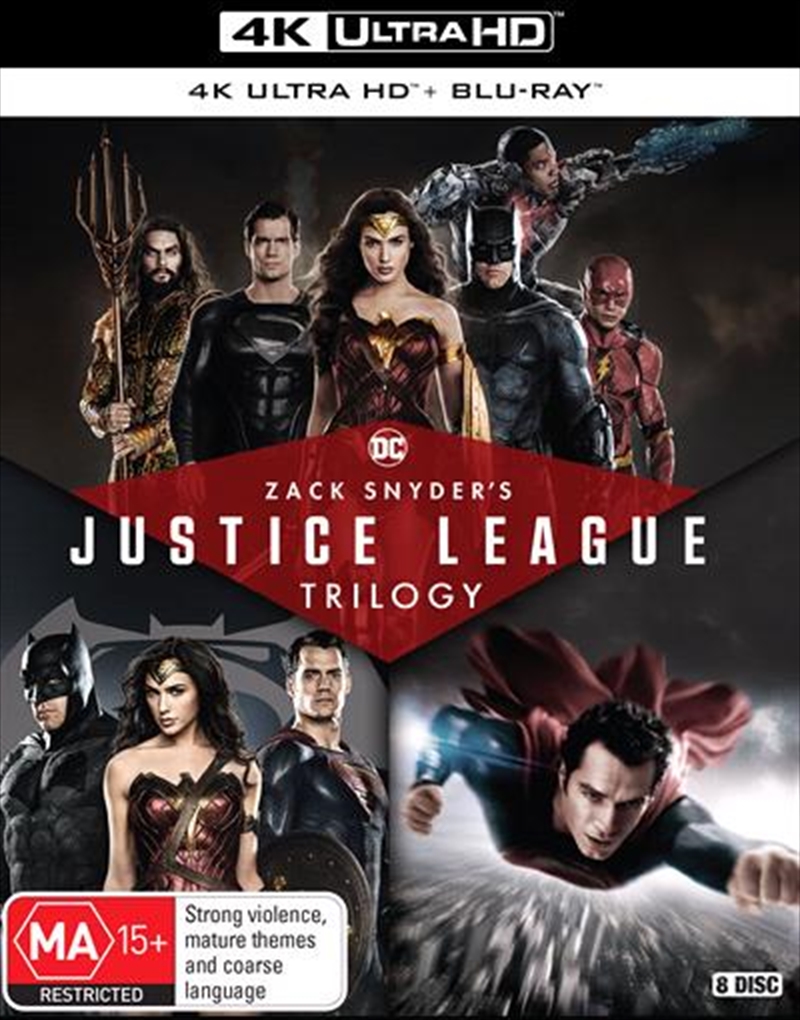 Shipping - See delivery options.
Postcode:
Quantity:
SEE MORE IN:
DC 4K UHD Justice League
Includes Man of Steel, Batman V Superman Ultimate Edition , Zack Snyder's Justice League A young boy learns that he has extraordinary powers and is not of this Earth. As a young man, he journeys to discover where he came from and what he was sent here to do. But the hero in him must emerge if he is to save the world from annihilation and become the symbol of hope for all mankind. Featuring an all-star cast, Man of Steel offers up an entirely new Superman: alienated, misunderstood, but forever a beacon of hope. The extended cut of "Batman v Superman: Dawn of Justice" includes 30 more minutes not seen in theaters! Also includes the Theatrical Version of the film. Fueled by his restored faith in humanity and inspired by Superman's selfless act, Batman and Wonder Woman recruit a team of metahumans to stand against a newly awakened threat.