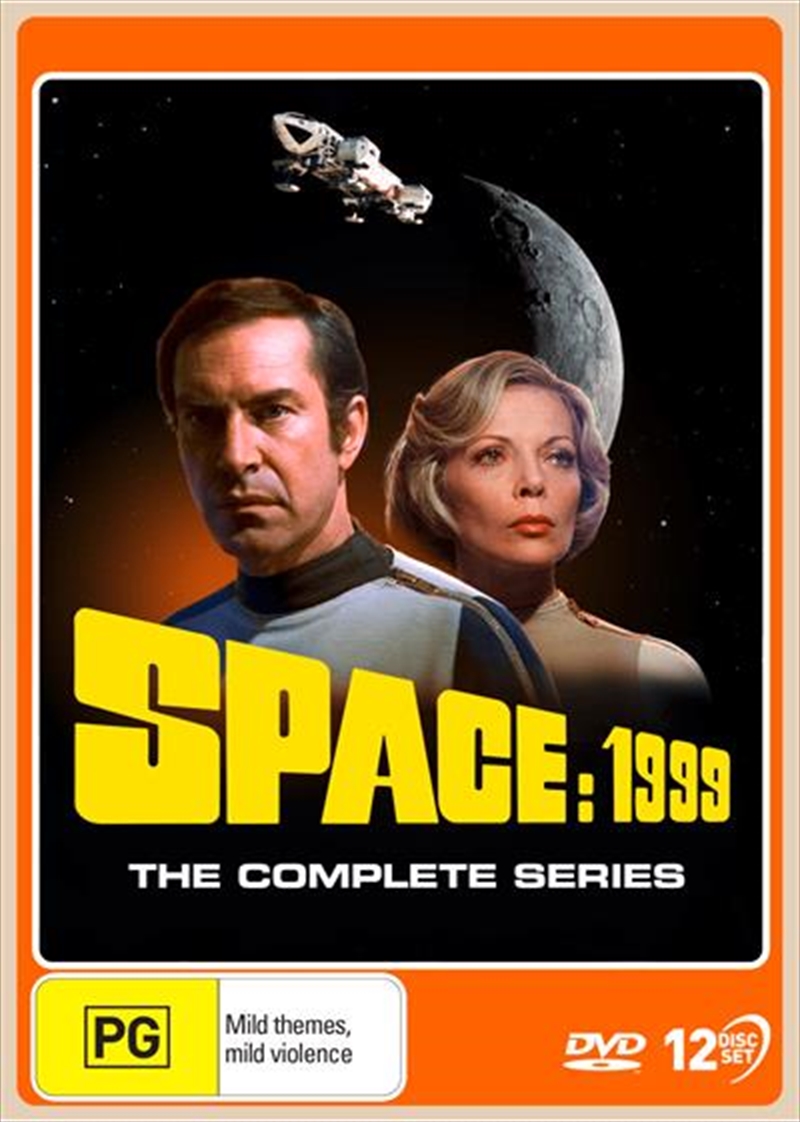 SEPTEMBER: 1999. The most devastating explosion in the history of mankind blasts the moon out of orbit. On it are 311 men and women determined to survive. Marooned and isolated on a terrifying journey through space. Pitted against forces of nature so extraordinary, life forms so strange, environments so hostile, their unexpected space odyssey is beyond the grasp of human comprehension. From the legendary team of Gerry and Sylvia Anderson (Thunderbirds, UFO), ITC's SPACE: 1999 was launched with the highest budget for any science fiction series in television history. Bringing together Martin Landau and Barbara Bain, with Barry Morse, the series became a cult hit with its futuristic premise and ongoing story of struggle against the unknown, heightened by the high production values and special effects employed at the time. Now, SPACE: 1999 can be seen as never before with every episode digitally restored from the original 35mm elements.Martin Landau, Barbara Bain, Barry Morse, Nick Tate, Catherine Schell Digitally Restored from new High Definition transfers Music only tracks on 46 episodes Newly remixed 5.1 and Original 'as broadcast' mono audio tracks Audio Commentary on Breakaway and Dragon's Domain by series co-creator Gerry Anderson Text Commentaries on The Last Sunset and Space Brain Image Galleries of rare and previously unseen stills
DETAILS