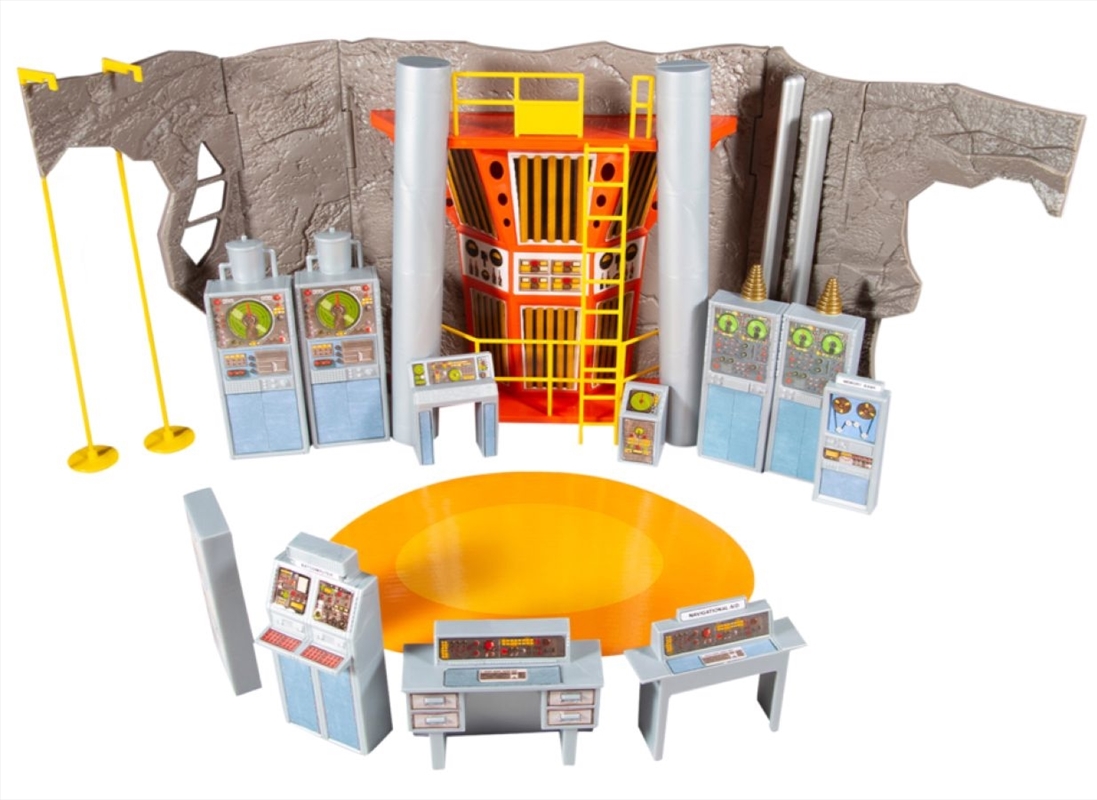 "To the Batpoles!" With the push of a Shakespeare bust button, Bruce and Dick are transported into the vast Batcave and transformed into Batman and Robin. Housing the Batcomputer and a host of gadgets, the Dynamic Duo solves crimes and is always alert for trouble in Gotham City. Now, it ?s time for Batman and Robin to teach the villains that crime doesn ?t pay!
Based on the classic 1960's TV show.
POP! SMACK! BANG! For a trip down nostalgia lane, bring your favorite Caped Crusader and Boy Wonder, and any other McFarlane Toys Batman 66 figures in for all the action!
Batcave comes with eight (monitors, machines, and batcomputer), batpoles, and loft with ladder, for Batman and Robin to fight crime and keep tabs on those dastardly villains
Packed in a closed box with the iconic old school look of the the 1960's Batman series