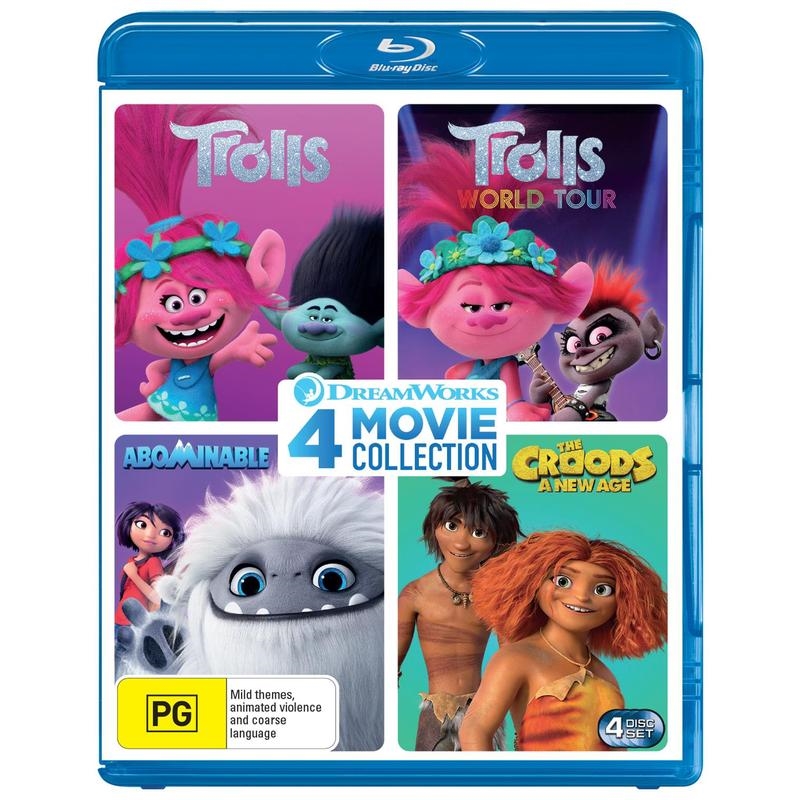 Bring home happy with DreamWorks Animation's Trolls - a musical adventure critics are calling "terrifically funny' (Owen Gleiberman, Variety). When their village is invaded by the grumpy Bergens, two mismatched friends must work together in perfect harmony to save the day. Featuring hit songs performed by Justin Timberlake, Anna Kendrick and more, Trolls is a critically acclaimed, feel-great movie for all ages!

When mischievous friends Yi (Chloe Bennet), Jin, and Peng discover a young yeti on their roof, they name him Everest and embark on a thrilling adventure to reunite the magical creature with his family. On the journey of their lifetimes, Everest helps Yi, Jin, and Peng unlock an inner bravery they didn't know they had. And as they travel across China to return the magical creature to his home, Everest will help them discover where they truly belong, too.

Queen Poppy (Anna Kendrick), Branch (Justin Timberlake, and the rest of your favourite Trolls are back for another musical adventure that's bigger -and louder - than ever before! In Trolls World Tour. Poppy and Branch discover that their kingdom is only one of six musical realms – Funk, Country, Techno, Classical, Pop, and Rock - that were once united in perfect harmony. When the power-hungry ruler of the Rock Trolls threatens to silence all other music so her tribe can reign supreme, Poppy and Branch must embark on an epic quest to unite the realms of Trollkind, before the songs in their hearts are lost forever!

THE CROODS: A NEW AGE

The first prehistoric family is ready for another rocking adventure, The Croods have survived fanged beasts, natural disasters, and even young love, but now they must face their biggest challenge yet: another family! In search of a new home, the Croods discover a walled-in paradise created by the sophisticated Betterman family (emphasis on the "better). As they try to coexist, the differences between the two families escalate into a full-blown feud, but when a new threat forces both families to embark on an epic adventure, they must all learn to work together... or they'll all go extinct! Nicolas Cage, Emma Stone, Ryan Reynolds, and Peter Dinklage star in this hilarious animated comedy for the whole family!