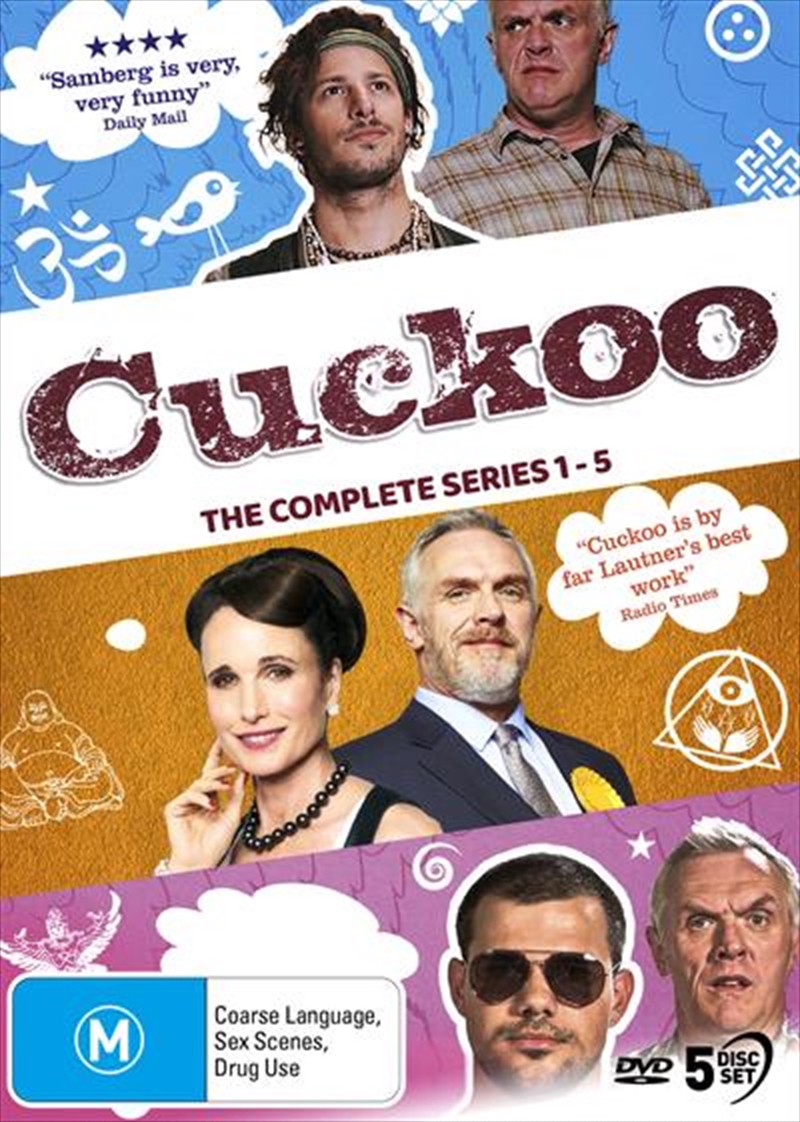 What do you do when your darling daughter marries the biggest idiot you could ever imagine? Greg Davies and Helen Baxendale are Ken and Lorna Thompson, uptight parents whose nightmares become reality when their daughter returns from abroad with a new husband in tow a New Age slacker and self-styled spiritual ninja named Cuckoo! Co-starring Andy Samberg and Taylor Lautner, this BAFTA-nominated comedy is a massive hit for BBC II!. This set contains all five series, including the 2014 Christmas special.
DETAILS