As Good As It Gets | Imprint Collection 65 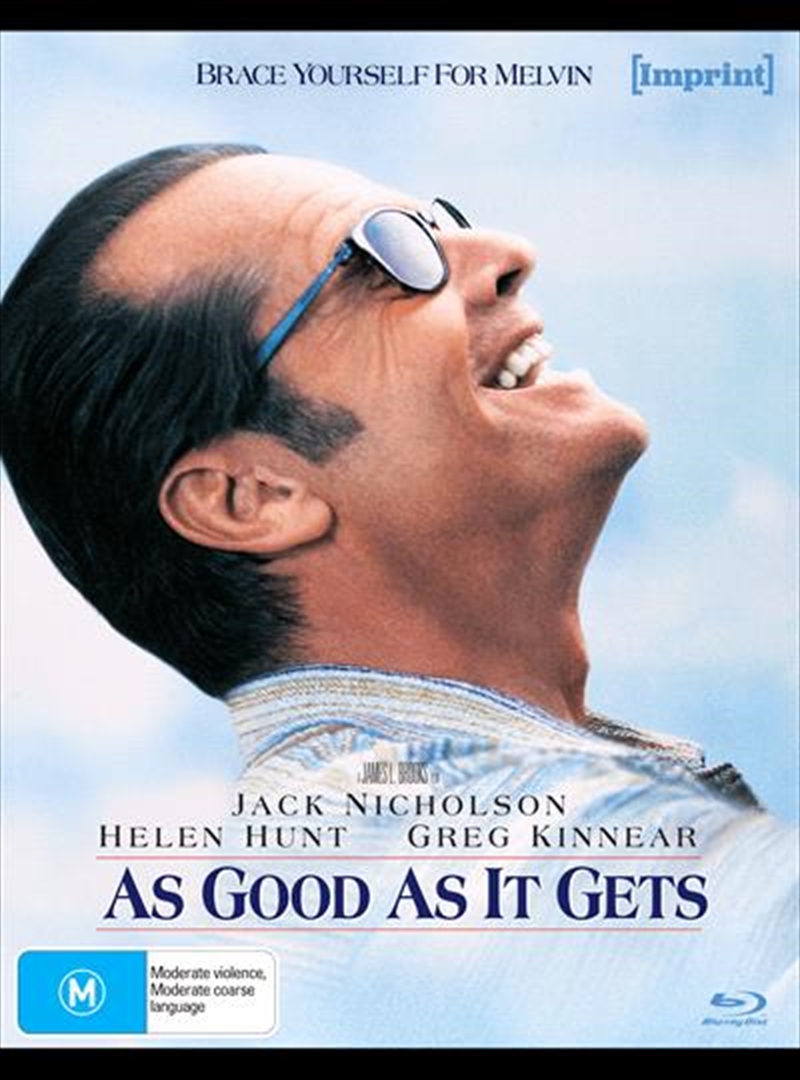 As Good As It Gets | Imprint Collection 65

Shipping - See delivery options.
Postcode:
Quantity:
DESCRIPTION
Curmudgeonly romantic writer Melvin Udall (Jack Nicholson) is a neurotic homophobic racist who enjoys insulting his gay neighbour, artist Simon Bishop (Greg Kinnear), and being rude to waitress Carol (Helen Hunt) at his local restaurant. However, when Simon is hospitalised, it falls to Melvin to look after his pet dog, Verdell. An emotional thaw begins to set in, and when Carol misses stints at the restaurant due to her son's asthma, Melvin pays for him to have proper medical attention. A budding romance with Carol is threatened, however, by Melvin's obsessive neuroses. Jack Nicholson and Helen Hunt each won an Academy Award for their performances in this prickly comedy directed by James L. Brooks.
TRAILER
DETAILS

Title: As Good As It Gets | Imprint Collection 65