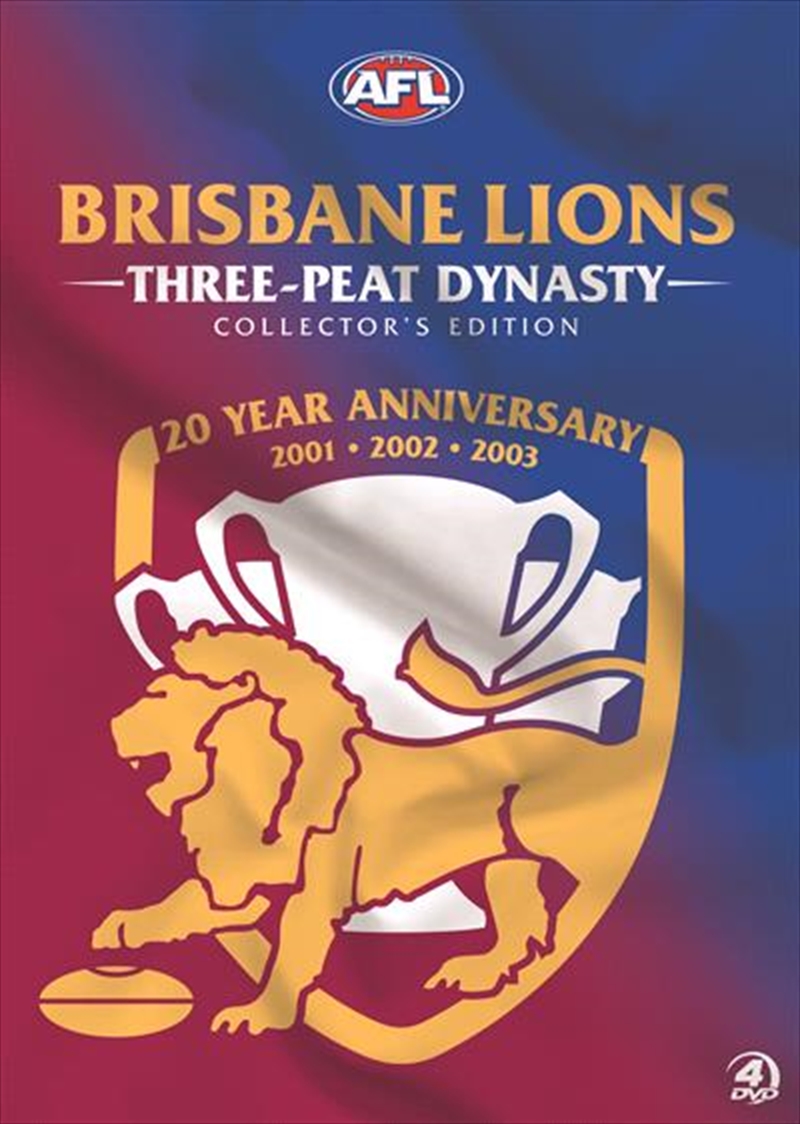 SEE MORE IN:
New Release DVD & Blu-ray New Release Movies Everything AFL
DESCRIPTION
Fore more than 40 years, there had been no team to equal the feats of the magnificent Brisbane Lions of 2001-03: the first club of the modern era to win three successive Premierships. Superbly coached by Leigh Matthews, brilliantly led by inspirational skipper Michael Voss and studded with champion players like Jason Akermanis, Alistair Lynch, Jonathan Brown, Nigel Lappin and Simon Black, this was a team for the ages, with a hat-trick of Premierships that cemented their place as one of the greatest teams in history. A rousing victory over reigning Premiers Essendon in 2001 signalled a changing of the guard, followed by a gutsy win over Collingwood in the wet in 2002, and then a title defence in 2003 that stands with the best of them. A title defence that left Collingwood in tatters. Now, two decades on, you can enjoy these three Grand Final victories in full plus the highlights of each great season from 2001-2003, along with the memories of the Brisbane Lions' magnificent dynasty.
DETAILS