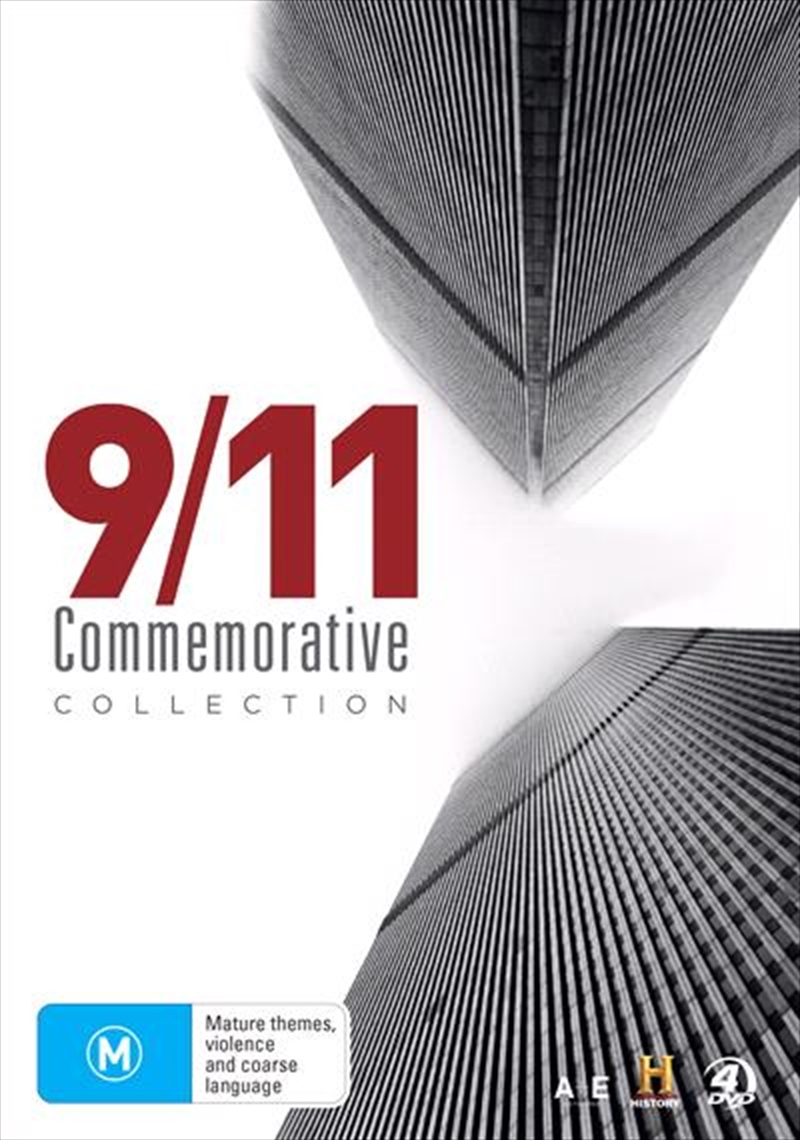 Shipping - See delivery options.
Postcode:
Quantity:
SEE MORE IN:
New Release DVD & Blu-ray New Release Movies
DESCRIPTION
Two decades that have passed since the fateful events of September 11, 2001. Now, looking back at images that are forever etched into the collective minds of a generation, HISTORY provides a compelling look into the day that changed our world forever.102 MINUTES THAT CHANGED AMERICA chronicles the 102 fateful minutes that passed from the first plane strike to the eventual collapse of both towers, with footage from a range of sources and commentary, providing a full record of that day in history.9/11: INSIDE AIR FORCE ONE tells the story of 9/11 from a unique vantage point: inside Air Force One. Featuring interviews with George W. Bush, Dick Cheney, pilots and Secret Service agents, it paints a picture of the President's inner circle on that fateful day.9/11: THE PENTAGON is the dramatic story of what happened inside the Department of Defense headquarters on 9/11 as it was struck by the hijacked American Airlines Flight 77, precisely sixty years to the day that construction commenced on the iconic building.9/11: THE FINAL MINUTES OF FLIGHT 93 reveals previously-classified evidence that pieces together what really happened on the hijacked United Airlines Flight 93, in a compelling story of heroism in the face of tragedy.9/11: ESCAPE FROM THE TOWERS recounts harrowing stories of survival and heroism from across the 110 floors of both World Trade Center towers, with many of the survivors speaking publicly for the first time.DAYS THAT SHAPED AMERICA: SEPTEMBER 11TH looks back at the largest terror attack in US history, with interviews and eyewitness accounts from those caught in the middle, whose memories remain as strong today as they were in 2001.
DETAILS