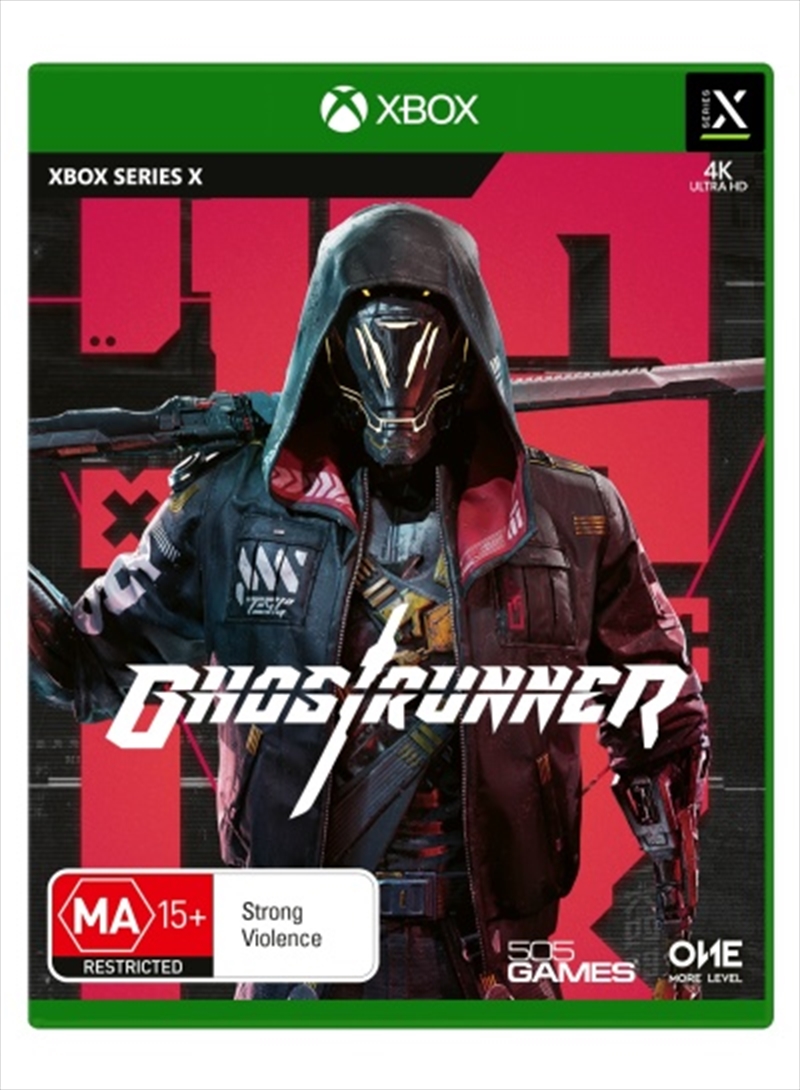 Ghostrunner is a first-person action SLASHER game with slick parkour-inspired gameplay elements. Players, assume the role of an android ninja and use a combination of abilities and melee katana combat to slice foes as they ascend treacherous neon cyberpunk skyscrapers of the future. Players have a wide range of movement abilities, including wall running, sliding, and time manipulation to eliminate all targets in their way. The result is an extremely agile character providing players ultimate satisfaction with each potent swing of a katana.
(superhuman blade fighter).

Death is inevitable. Players have one hit point and must use their kill mechanics and dynamic mobility to overcome challenging foes without a scratch They must fight their way to the top of the structure to bring down the tyrannical Keymaster and avert humanity's extinction.

Reach the top of a neon-lit cyberpunk city skyscraper, the last bastion of humanity, torn by violence, poverty, and class inequality. The city is governed with a heavy hand by a Keymaster who terrorises inhabitants with gangs to control them. Discover the technology that will help you stand against enemies, reveal the history behind the creation of the Building, learn about the function of the skyscraper, and the secrets of your own identity. Finally challenge the Keymaster's regime by implementing the Architect's original plan designed for humanity

UNUSUAL PERSPECTIVE - Ghostrunner is a unique and challenging game, with half-open and primarily vertical levels
The vertical design brings this unique perspective to life allowing the players to choose their own path. Vertical design also contains elements of exploration and learning through environmental storytelling about the player character's background, rationale, and overall game world.

ONE HIT, ONE KILL - One-Hit-One-Kill system is, for sure, one of the most important features alongside the movement mechanics.
The player and opponents have one hit point. Through instant restart, the player gets to know game level layouts and eliminates enemies using extraordinary mobility and Sensory Boost (slow-motion ability).

CYBERPUNK SETTING - The game takes place in the future, after a global cataclysm where the remains of humanity live in an ominous neon tower built by The Architect, who died mysteriously years ago. Everyone knows the truth, no one says it aloud.