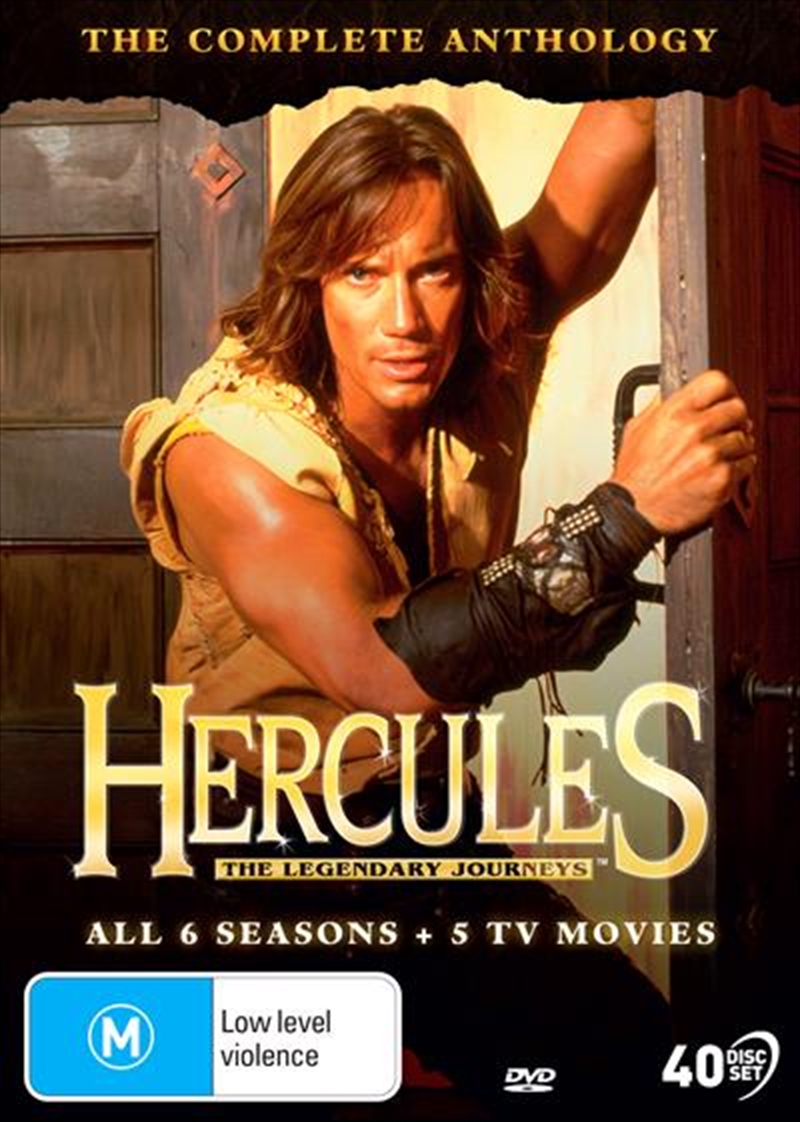 SEE MORE IN:
New Release Television
DESCRIPTION
Hercules: The Legendary Journeys is an American television series filmed in New Zealand, based on the tales of the classical Greek culture hero Heracles (Hercules was his Roman analogue). Starring Kevin Sorbo as Hercules and Michael Hurst as Iolaus. It ran for six seasons, producing action figures and other memorabilia as it became one of the highest-rated syndicated television shows in the world at that time. This 40-disc Complete Series collection including all 6 seasons and 5 TV made-for TV movies plus Special Features.
DETAILS