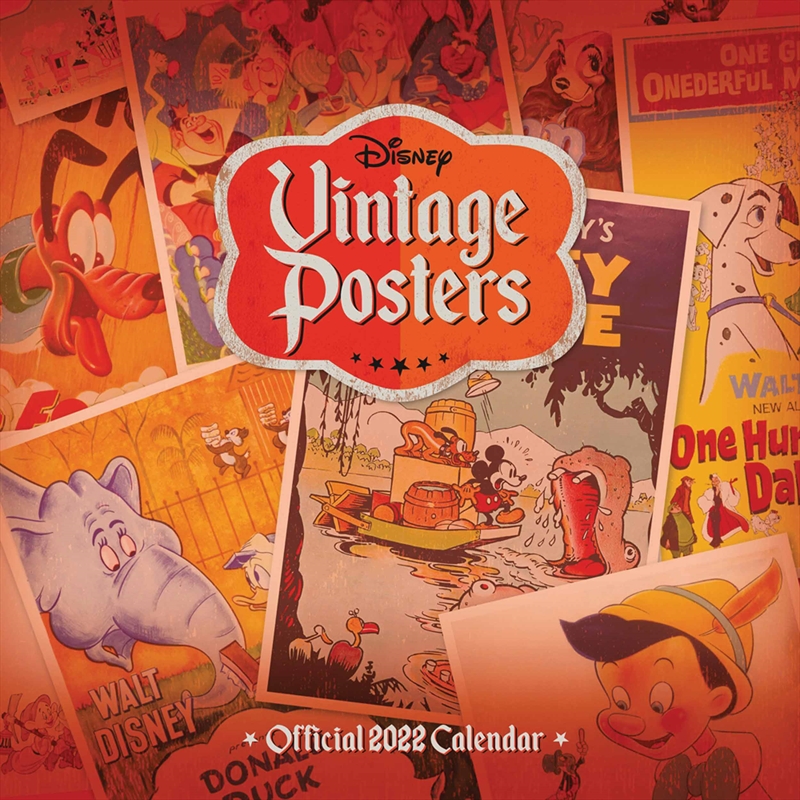 Mark off 365 days of the year with the Disney Calendar! Officially licensed and showcasing fantastic artwork, it's the handy reminder that lets you keep track of all the important dates in your life! For over 90 years, The Walt Disney Studios has been the foundation on which The Walt Disney Company was built. Today, the Studio brings quality movies, music and stage plays to consumers throughout the world.

Disney has explored new worlds through magical storytelling since its first completely live-action film, "Treasure Island" in 1950. Across pirate-laden high-seas or down a mysterious rabbit hole, Disney's collaborations with renowned artists and filmmakers have produced some of the most successful live-action family films in history, including 2010's "Alice in Wonderland," the "Pirates of the Caribbean" films, "Maleficent," 2016's "The Jungle Book," and 2017's "Beauty and the Beast."

Combining masterful artistry and storytelling with groundbreaking technology, Walt Disney Animation Studios is a filmmaker-driven animation studio responsible for creating some of the most beloved films ever made. Located in Burbank, WDAS continues to build on its rich legacy of innovation and creativity, from the first fully-animated feature film, 1937's "Snow White and the Seven Dwarfs," to 2013's Academy Award®-winning "Frozen," the biggest animated film of all time. Among the studio's timeless creations are "Pinocchio," "Sleeping Beauty," "The Jungle Book," "The Little Mermaid," "The Lion King," "Big Hero 6," and "Zootopia."

Pixar Animation Studios, a wholly owned subsidiary of The Walt Disney Company, is an Academy Award®-winning film studio with world-renowned technical, creative and production capabilities in the art of computer animation. The Northern California studio has created some of the most successful and beloved animated films of all time, including "Toy Story," "Monsters, Inc.," "Cars," "The Incredibles," "Ratatouille," "WALL•E," "Up," "Toy Story 3," "Brave," "Inside Out," and "Coco." Its movies have won 36 Academy Awards® and have grossed more than $13 billion at the worldwide box office to date. " This 12 month, Square Wall Calendar starting on Monday measures in at 305 x 305mm and is Staple Bound.