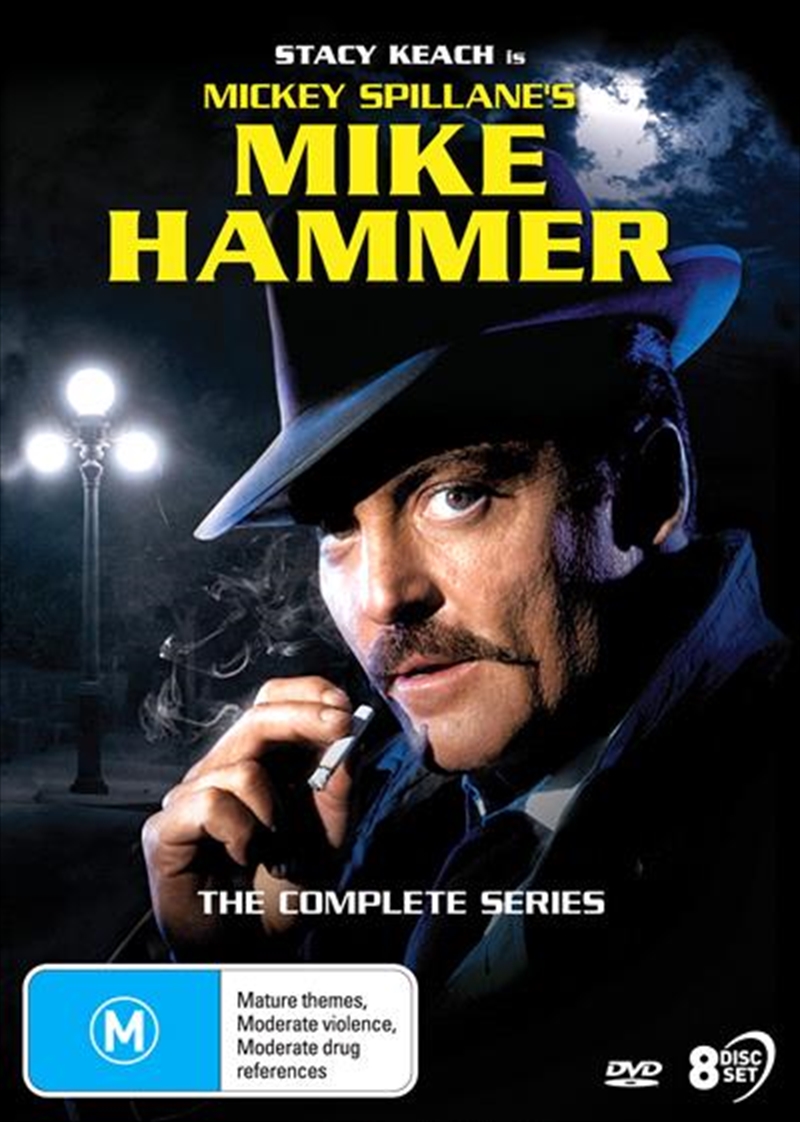 SEE MORE IN:
New Release DVD & Blu-ray New Release Television
DESCRIPTION
In the jazzy atmosphere of New York City, private investigator Mike Hammer (Stacy Keach) never hesitates to put himself in danger to solve the darkest cases and fight injustice. Flayed by the Vietnam War, the tough detective investigates the grittiest of crimes in the seediest places, never shy of some romance along the way, often becoming a casuality, or a suspect thanks to Assist. DA Barrington (Kent WIlliams) who objects to Hammer's involvement in cases. But Mike can count on the support of his loyal secretary Velda (Linday Bloom), his inseparable blue Mustang from 1966, and his friend Captain Pat Chambers, (Don Stroud) all under the watchful gaze of a mysterious woman known only as The Face. This 8-disc collection brings together the original pilot films Murder Me, Murder You & More Than Murder, plus every episode from Seasons 1 & 2, available for the first time on DVD.
DETAILS