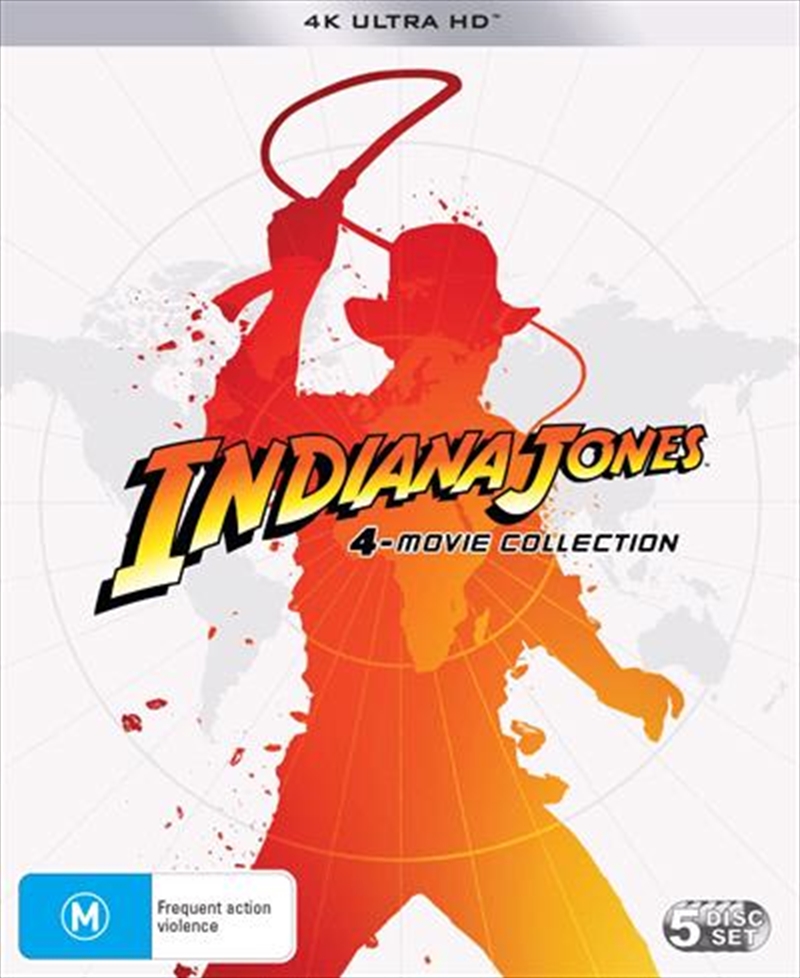 RAIDERS OF THE LOST ARK - Get ready for edge-of-your-seat thrills in Indiana Jones and the Raiders of the Lost Ark. Indy (Harrison Ford) and his feisty ex-flame Marion Ravenwood (Karen Allen) dodge booby-traps, fight Nazis and stare down snakes in their incredible worldwide quest for the mystical Ark of the Covenant. Experience one exciting cliff-hanger after another when you discover adventure with the one and only Indiana Jones.
INDIANA JONES AND THE TEMPLE OF DOOM - Indiana Jones and the Temple of Doom brings you non-stop thrills and excitement like nothing you've ever experienced. Indy (Harrison Ford), his sidekick Short Round (Ke Huy Quan), and nightclub singer Willie Scott (Kate Capshaw) go from high-flying action above the Himalayas to a nail-biting runaway mine car chase and finally a spine-tingling escape from a fortress-like mine in India. Hang on tight as the world's ultimate action hero takes you on a heart-pumping roller-coaster ride of adventure that's guaranteed to keep you on the edge of your seat.
INDIANA JONES AND THE LAST CRUSADE - There's nothing more exciting than trying to keep up with the Joneses in Indiana Jones and the Last Crusade. Indy's Nazi enemies are back and have kidnapped his father, Professor Henry Jones Sr. (Sean Connery), to get help in their search for the Holy Grail. Following a trail from America to Venice to the deserts of the Holy Land, it's up to Indy (Harrison Ford) to save his father, save the Grail and save the day in this non-stop, action-packed adventure the whole family will treasure.
INDIANA JONES AND THE KINGDOM OF THE CRYSTAL SKULL - STEVEN SPIELBERG and GEORGE LUCAS bring you the greatest adventurer of all time in a film packed with sensational, awe-inspiring spectacles (Roger Ebert, CHICAGO SUN-TIMES). Indiana Jones and the Kingdom of the Crystal Skull finds Indy (Harrison Ford) trying to outrace a brilliant and beautiful agent (Cate Blanchett) for the mystical, all-powerful crystal skull of Akator in a quest that is filled with spectacular fun (Claudia Puig, USA TODAY). Teaming up with a rebellious young biker (Shia LaBeouf) and his spirited original love Marion (Karen Allen), Indy takes you on an action-packed adventure in the exciting tradition of the classic Indiana Jones movies!
DETAILS