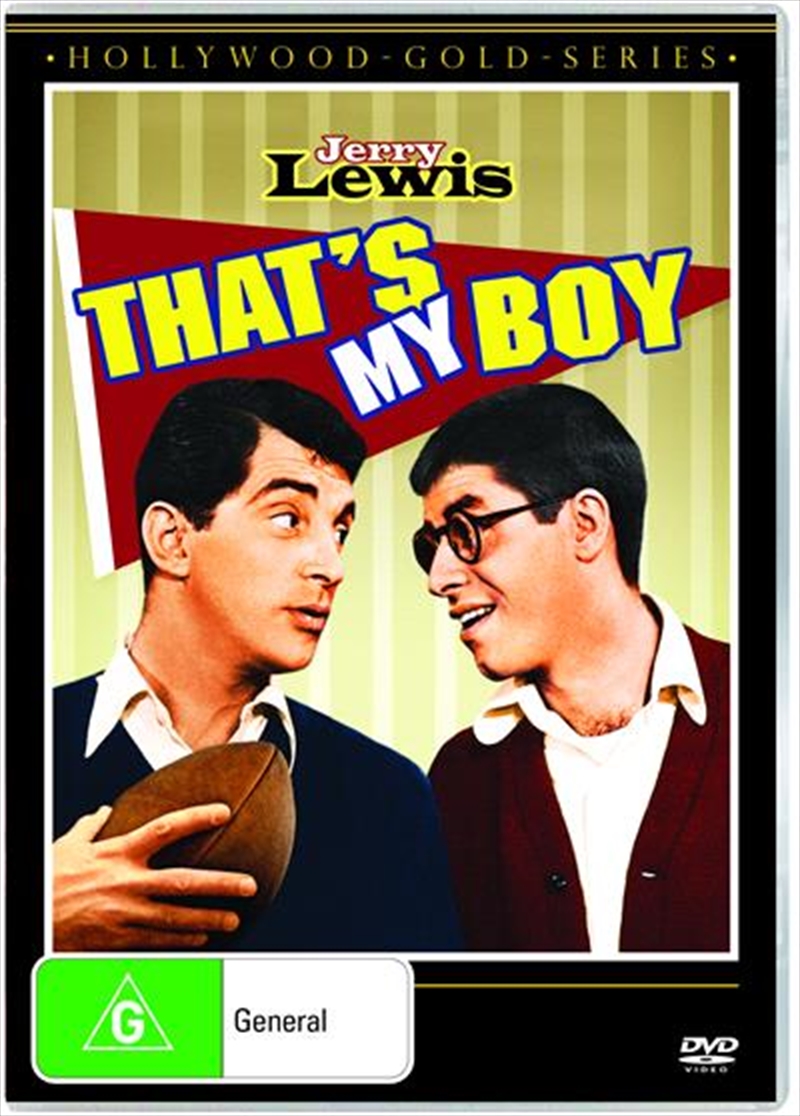 Martin and Lewis score another cinematic touchdown playing campus cut-ups in this laugh-loaded, action-packed comedy classic. Jerry is at his outrageous best as Junior Jackson, the hapless, bookworm son of Ridgefield Colleges greatest football player. To help Junior make the grade, Jack Sr. gets potential All-American Bill Baker (Dean) assigned as Juniors dorm mate. According to game plan, Bill proceeds to coach the uncoordinated Junior on the art of throwing the ball as well as making passes at the ladies. But hilarity ensues when both guys fall for the same curvaceous co-ed in one of the comedy duos most popular films, featuring Dean crooning the smash-hit ballad Im in the Mood For Love.
DETAILS