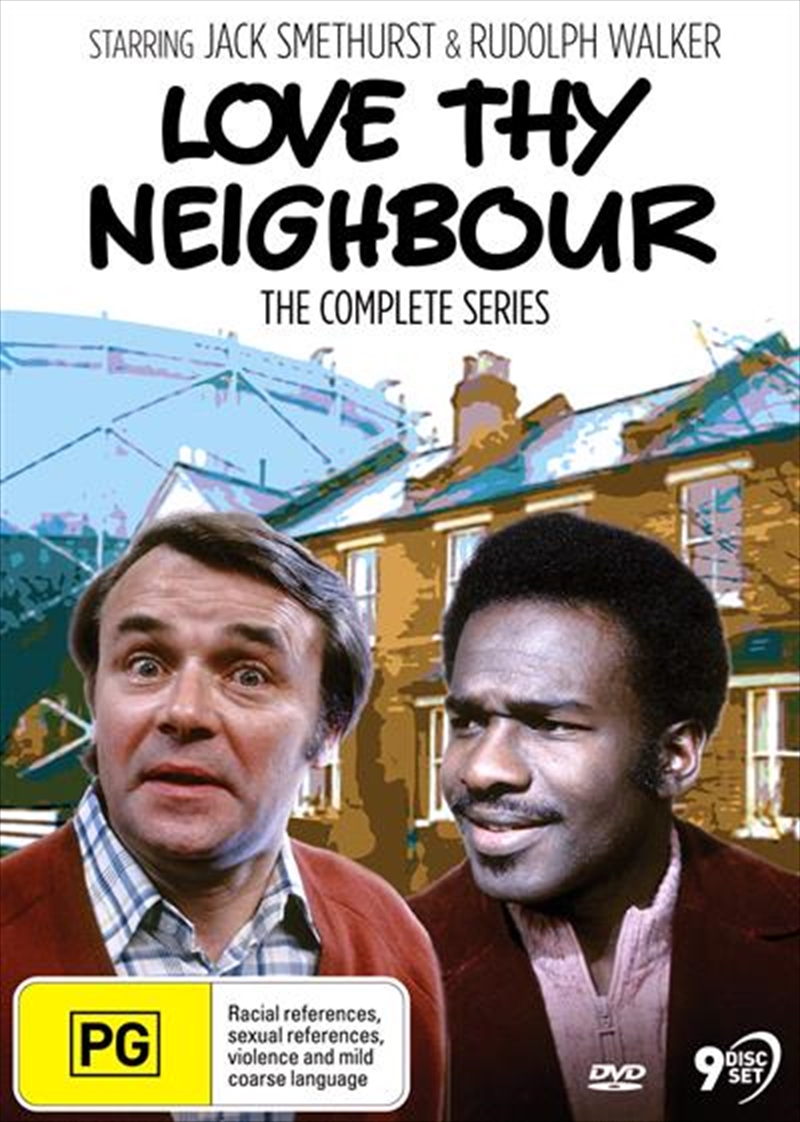 SEE MORE IN:
New Release DVD & Blu-ray New Release Television Trending Now
DESCRIPTION
You can choose your friends, but whether you live in a back-to-back, a suburban semi or a mansion, you can rarely choose your neighbours... Highly popular and more than a little controversial Love Thy Neighbour consistently appeared in the top three programmes of the week throughout the majority of its eight-series run; even its repeats reached the top of the charts. Its comic spin on racism, politics and general childish antagonism was loved by millions. This complete-series set comprises the unscreened pilot episode, all eight series in their intended running order for the first time the Christmas 1972 short sketch for All Star Comedy Carnival, the 1973 New Year Special and a brand-new transfer of the 1973 feature film from its original film elements in its as-exhibited aspect ratio. All episodes are presented complete and uncut and have been remastered from the best available materials.
DETAILS