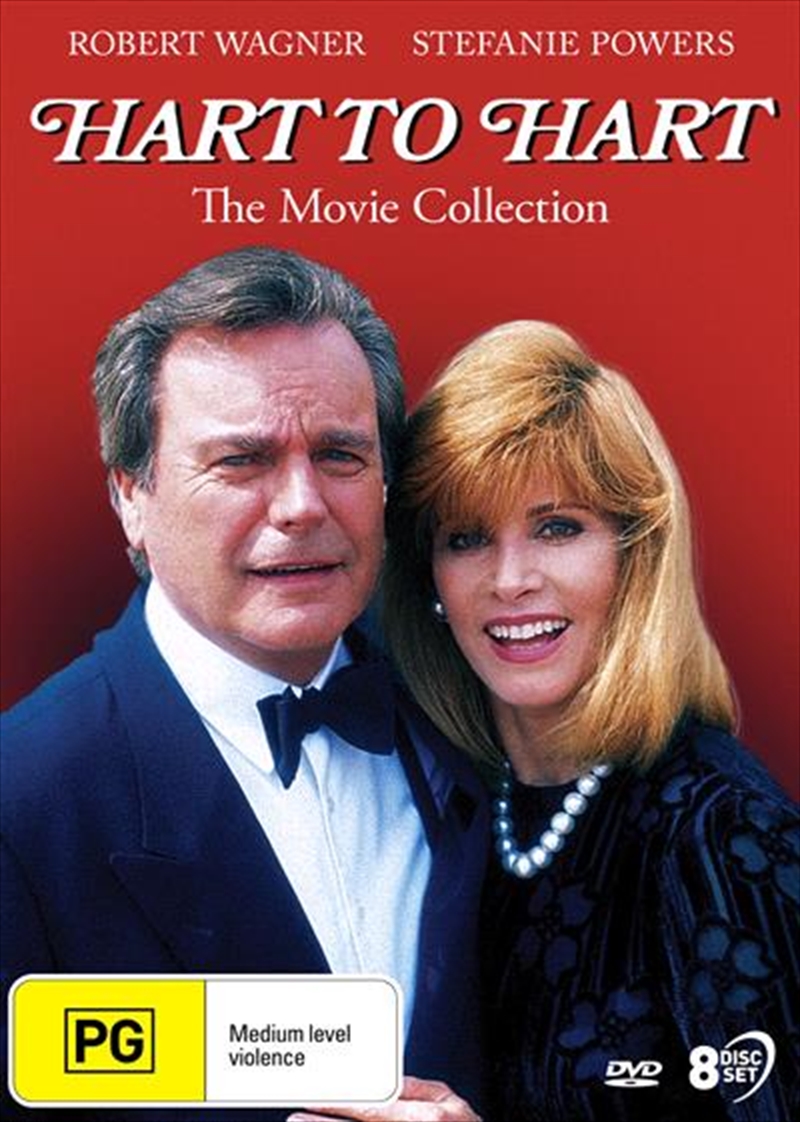 SEE MORE IN:
New Release DVD & Blu-ray New Release Television
DESCRIPTION
Robert Wagner and Stefanie Powers reprise their beloved characters Jonathan and Jennifer Hart as they return to the small screen in these eight feature-length mysteries. In HART TO HART RETURNS, the Harts deal with shady government contractors. In HOME IS WHERE THE HART IS, the two return to the town where Jennifer worked as a reporter to deal with her old mentors mysterious death. In CRIMES OF THE HART, the Harts go to New York to see a play Jennifer wrote, but find themselves investigating the murder of a stagehand and Jonathan is a suspect! In OLD FRIENDS NEVER DIE, the Harts attend a publishers murder mystery party, but begin to wonder if it is real. In SECRETS OF THE HART, Jonathan is told that he has a long-lost sister, only to be led into a potential trap. In TWO HARTS IN THREE-QUARTER TIME, the Harts go to Montreal for the reading of Maxs will, but the gift being left to them leads to a tale of kidnapping and murder. In HARTS IN HIGH SEASON, the Harts go to Sydney, Australia, where there is more than meets the eye when an old flame of Jennifers seems to have ulterior motives. And in TILL DEATH DO US HART, the Harts travel to Munich, Germany, for their anniversary and help a sick boy, but run into trouble when they meet a woman who is the spitting image of Jennifer!
DETAILS