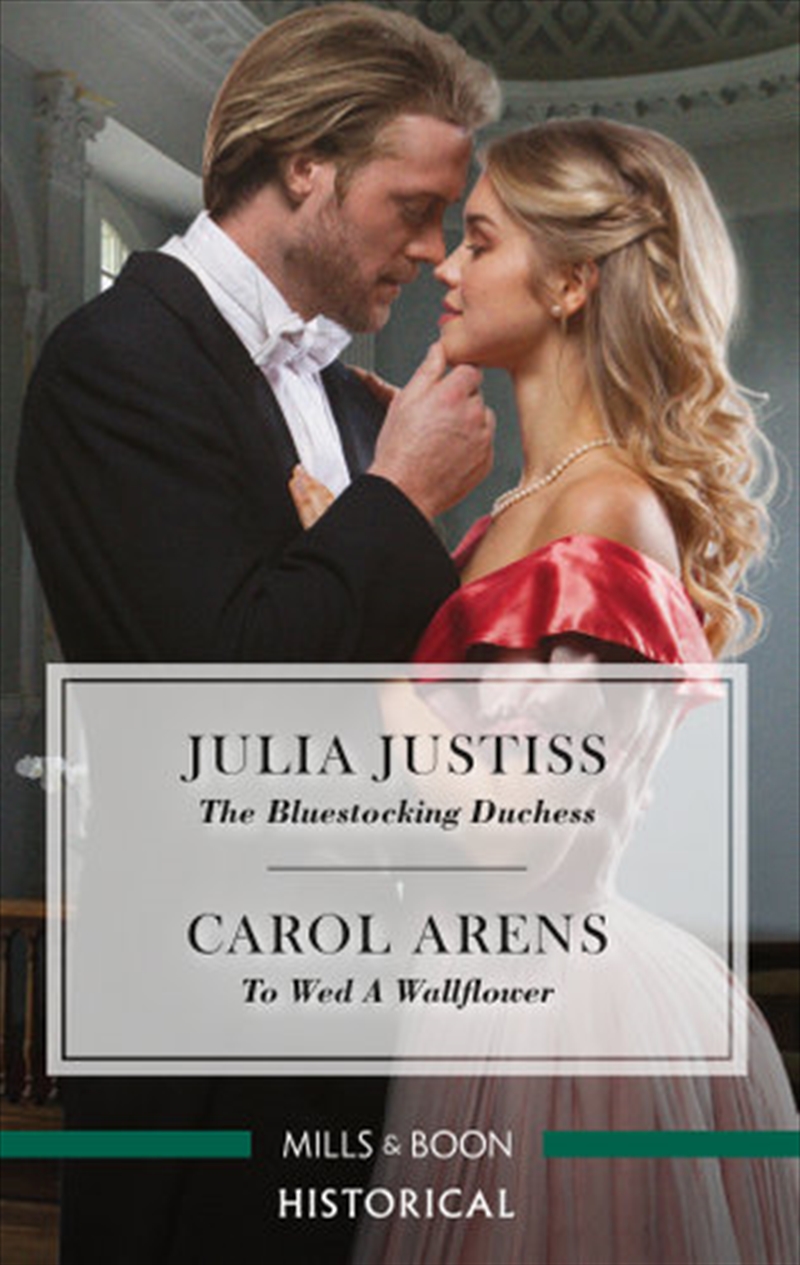 Miss Jocelyn Sudderfeld is working at Edge Hall, indulging her love of translating ancient texts with her librarian father — and evading the need to marry! She’s always enjoyed a teasing friendship with estate manager Mr Alex Cheverton. Until he unexpectedly becomes the duke’s heir. Now his first duty is to marry a suitable debutante, not consort with an earnest bluestocking like her…so where does that leave their friendship?

To Wed A Wallflower - Carol Arens

At a country party arranged to find his widowed brother a wife, William Talton is surprised to see Ginny Penneyjons, a shy, beautiful girl from his past, among the prospective brides! Their connection is as intense as ever, but William must resist her, for he’s honour bound to sacrifice his own heart in favor of his brother’s. Yet a stolen kiss with Ginny is about to test William’s resolve not to claim her for himself!