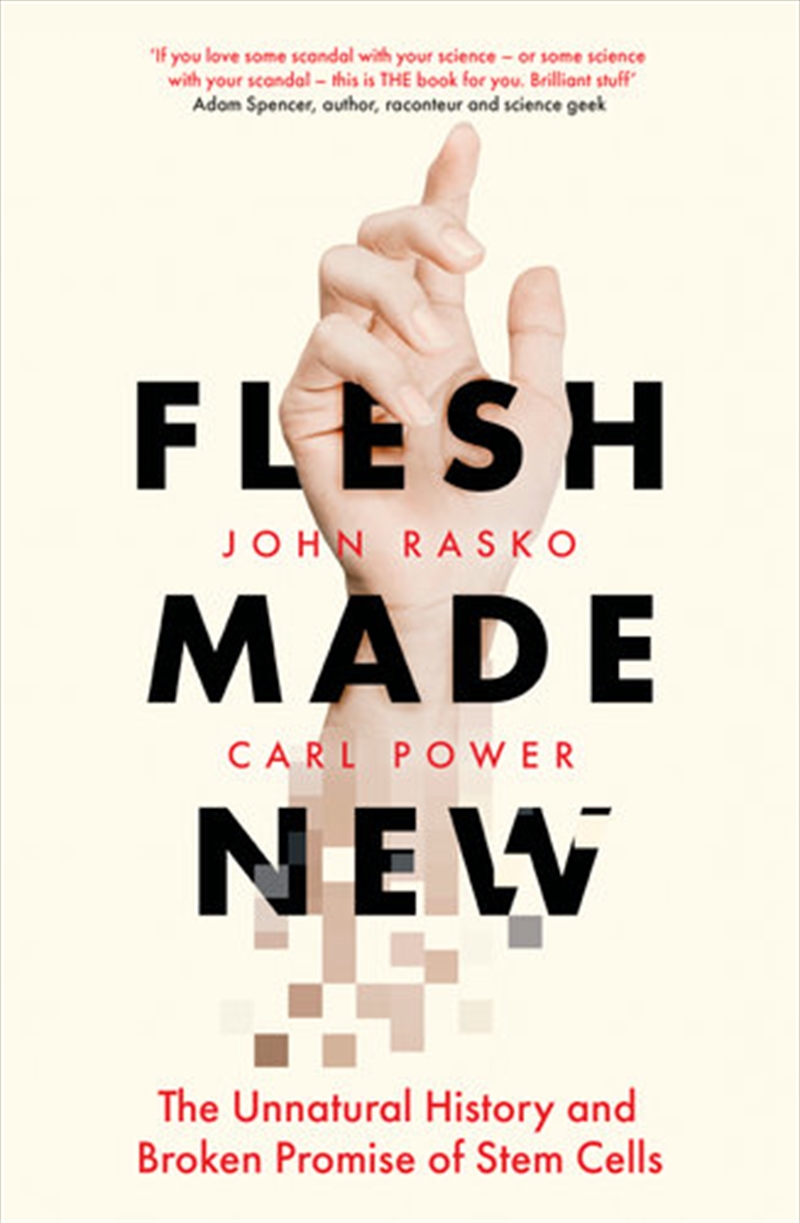 For decades, we've been anticipating the dawn of regenerative medicine. Again and again, we've been promised that stem cells will soon cure just about every ill imaginable. If not tomorrow, then the next day, or the day after that, and so on. We're still waiting.

This book is an antidote to hype and a salve to sooth the itch for stem-cell salvation. In it, Professor John Rasko, a leading physician-scientist, and writer-historian Carl Power take us on a wild historical tour of this scandal-prone field. They expose all the dirty little secrets that the hype merchants prefer to ignore - the blunders and setbacks, confusions and delusions, tricks and lies. You'll meet Alexis Carrel, who discovered how to cultivate cells in a test tube: celebrity surgeon, scientific genius and suspected Nazi sympathiser, he opened the field of modern cell science with an experiment so bogus it blocked the way forward for the next 50 years. You'll meet Don Thomas, who developed bone marrow transplantation - the first successful stem-cell therapy - but only after a miserable decade in which most of his patients died. Alongside true stem-cell pioneers, you'll meet charlatans who cooked their data and claimed fake cures - sometimes with fatal consequences.

Is there any good news? Which of the many promises of stem-cell research have been kept? And what of the future? Rasko and Power insist that we can only know where we're going if we have a sense of where we've been. Their study tears down the hype surrounding stem cells in order to reveal what's still worth hoping for.