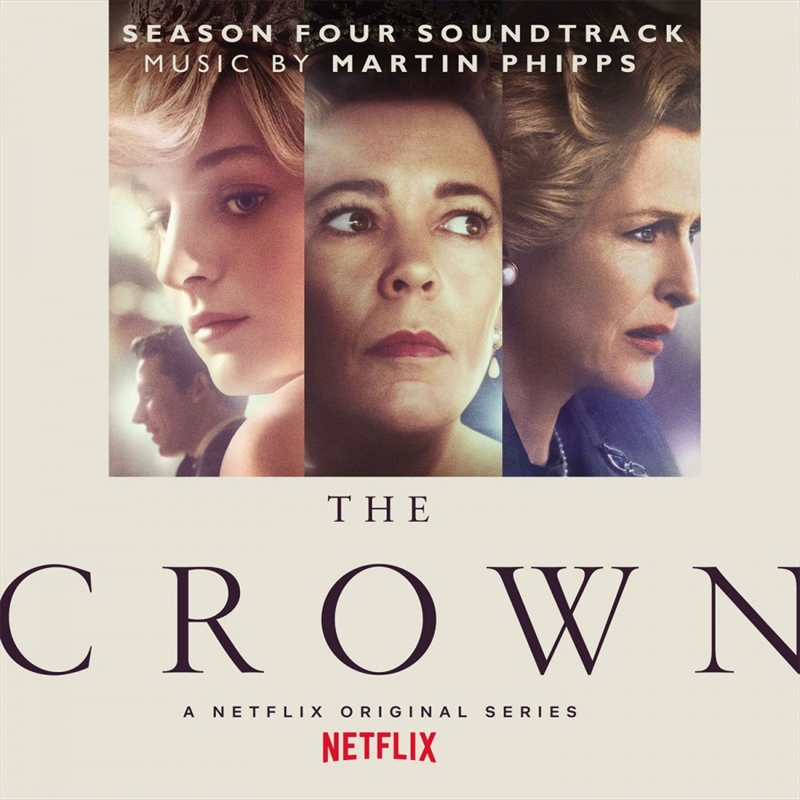 The Crown is a drama television series, created and written by Peter Morgan and produced by Left Bank Pictures and Sony Pictures Television for Netflix Original. The show tells the biographical story about the early reign of Queen Elizabeth II of the United Kingdom. The fourth season features Olivia Colman as Queen Elizabeth, as the story traces her life from her wedding 1947 to the present day. The main cast is further completed by Emma Corin as Lady Diana Spencer, Gillian Anderson as Margaret Thatcher, Helena Bonham Carter and Tobias Menzies as Prince Philip, and many more. Martin Phipps once again composed the haunting minimalistic soundtrack for this Golden Globe Award winning drama series. It is pressed on 'royal' purple marbled vinyl as a limited edition of 750 individually numbered copies and the package includes a 4-page booklet.