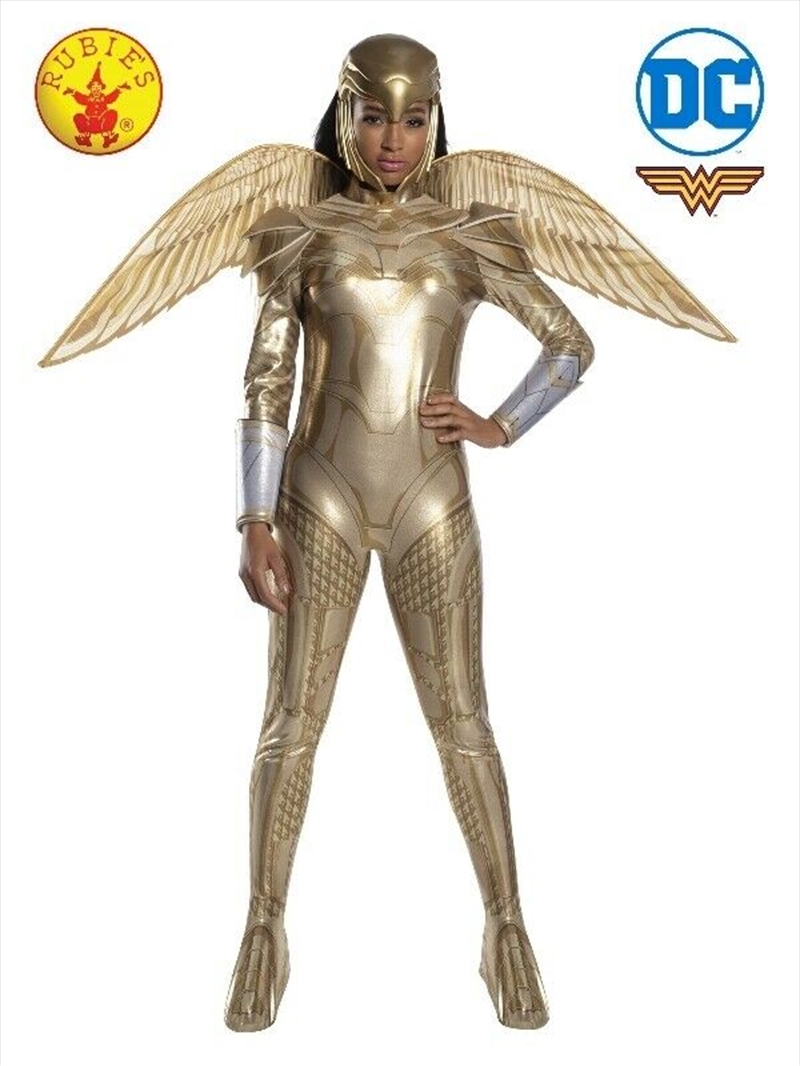 * Artwork is not final

Wonder Woman is Princess Diana of Themyscira, but she adopts the civilian identity of Diana Prince in daily life. The DC Super-heroine from the Amazonian Jungle, she has super-human strength and speed, and uses trusty weapons like her lasso of truth, her tiara and bullet-proof bracelets.

She teams up with fellow heroes like Batman and Superman as part of the Justice League and takes on crime wherever it lurks. Portrayed as strong, sexy and smart, Wonder Woman has appeared in many Warner Bros movies as well as cartoons, TV series and video games. She is also a team member of the DC Superhero Girls along-side Batgirl, Supergirl and Harley Quinn.

Digitally printed jumpsuit in silver sparkle lycra material with attached foam armour on collar, shoulders and gauntlets, plus zipper at rear to close
Jumpsuit has gold trim and print with silver highlights on the gauntlets
Shoe covers are attached to the jumpsuit and have elastic strap underneath to secure to shoes
Detachable wings are made in taffeta fabric and on a wire frame to maintian shape. Velcro tabs to attach to jumpsuit
Gold painted headpiece is moulded plastic with an elastic strap at rear
This is an officially licensed DC Comics product