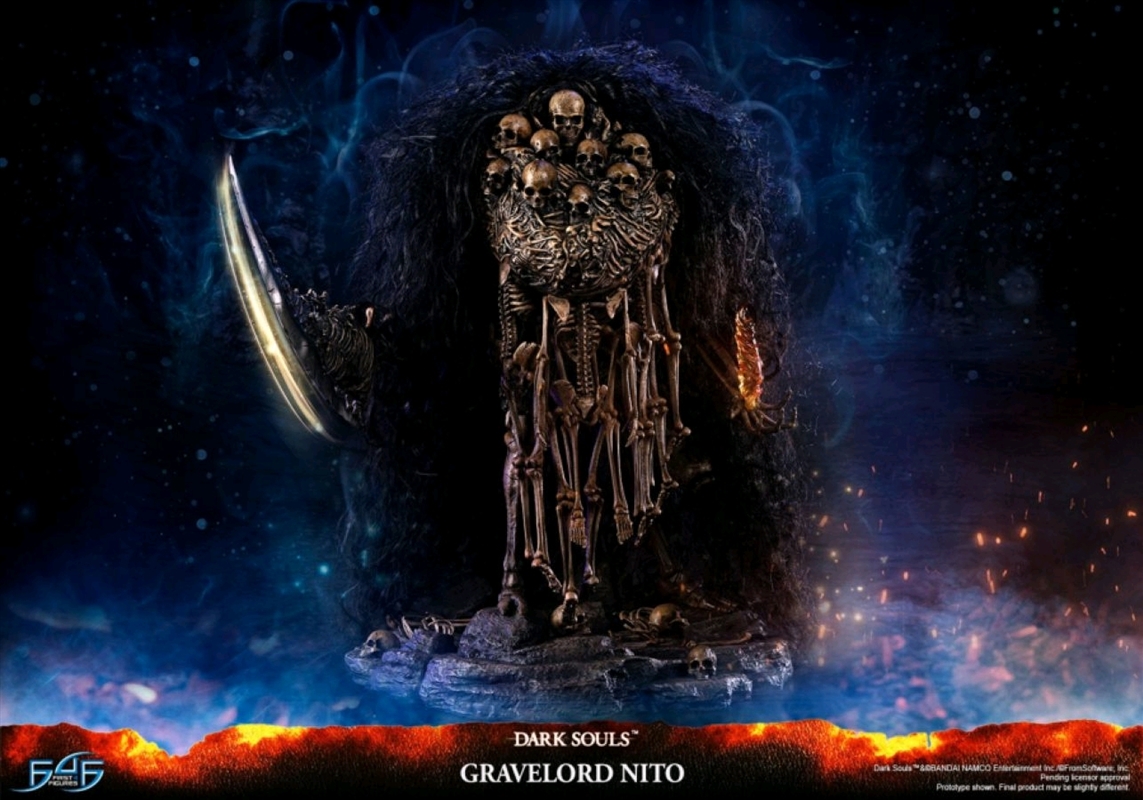 First 4 Figures is proud to introduce their latest resin collectible, Gravelord Nito. This is the sixth statue to release in the Dark Souls™ lineup.

Gravelord Nito, the first of the dead, is one of the four who emerged from the Dark and found the Souls of Lords within the First Flame. During the war between the Lords and the Ancient Dragons, Nito released a miasma of death and disease, and thus aided in the ushering of the Age of Fire. After the war, Nito took residence within the depths of the Tomb of Giants, which is where the design of the base is from.

As the epitome of all things death within the Dark Souls universe, Nito's entire body is forged from the skeletons and bones of the dead, including the Gravelord Greatsword in his right arm, which isn't something he's holding but rather is a part of him. Apart from the dangling skeletons from his upper torso, which are made out of PVC, the rest of the statue and the base are made of resin. The removable faux hair cloak over Nito emulates the hair-like cloak he has in the game, which contributes to his very ominous and sinistrous aura. And lastly, as seen in the opening cinematic of the original Dark Souls game, Gravelord Nito is holding a Lord Soul, which is what he's holding in his left hand.