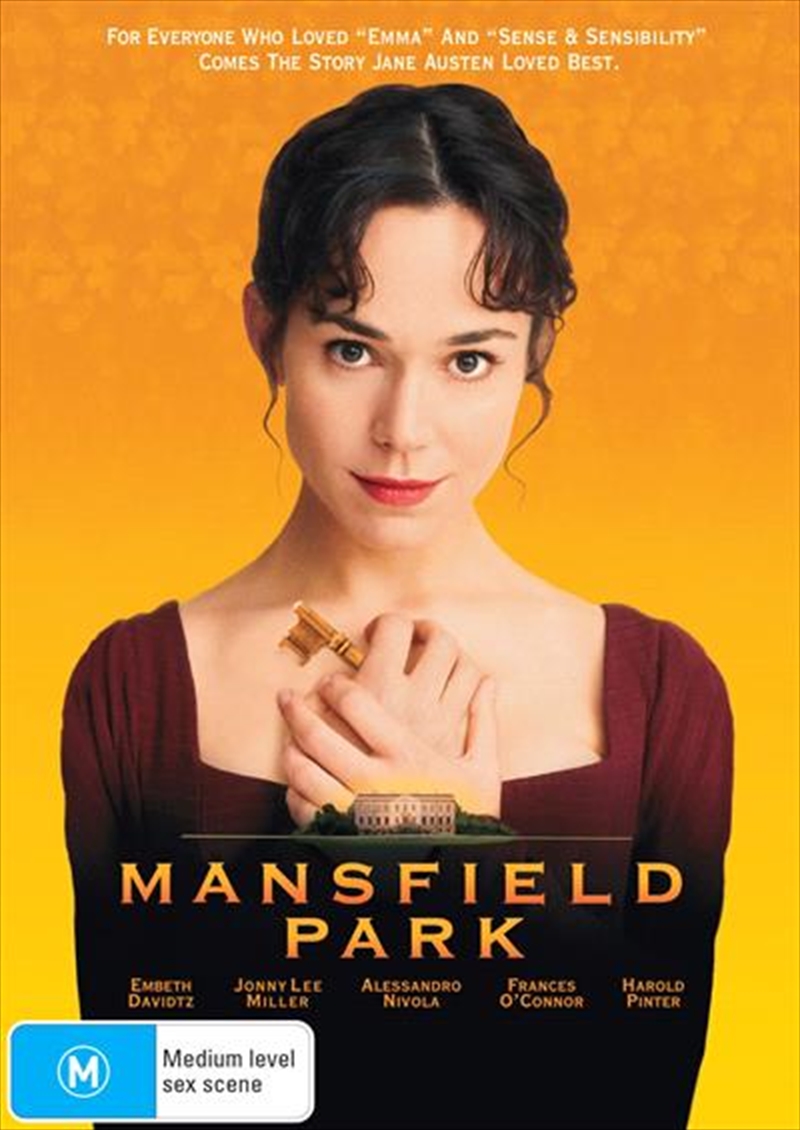 SEE MORE IN:
3 For $30 Movies & More
DESCRIPTION
Fanny, born into a poor family, is sent away to live with wealthy uncle Sir Thomas, his wife and their four children, where she'll be brought up for a proper introduction to society. She is the daughter of a woman who married for love, not money and, as a result, Fanny Price has known a life of poverty. Her aunt, however, did the opposite and now Lady Bertram lives luxuriously at Mansfield Park, a magnificent estate in Northamptonshire.Here Fanny is sent to live with her aunt and family who make her feel very much the poor relation. However her cousin, Edmund, is kind and caring and the pair share a special relationship. That is, until Mansfield Park acquires some new neighbours: Henry Crawford and his beautiful sister, Mary. Edmund is quite taken by Mary, while Henry has set his sights on Fanny's cousin, Maria. But while the Crawfords may seem the perfect addition to any family, their motives are less so...and by the time they are properly revealed, life at Mansfield Park will never be the same again.
DETAILS