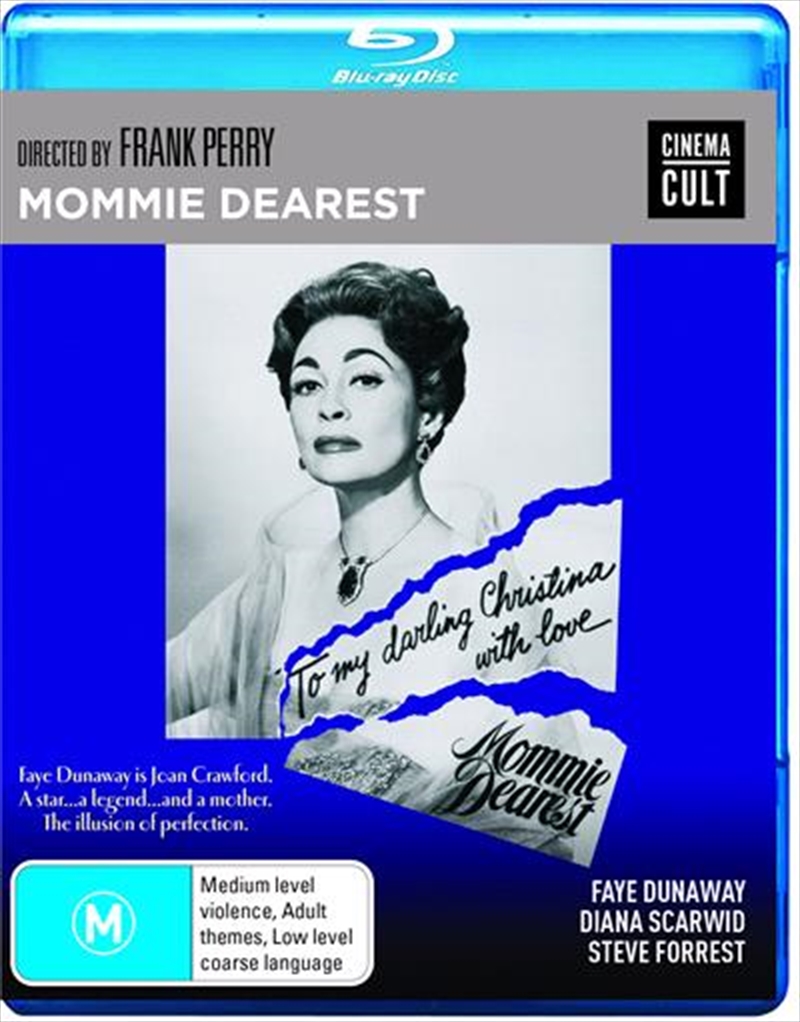 SEE MORE IN:
2 For $40 Movies All 2 For $40
DESCRIPTION
To my darling Christina, with love...Mommie Dearest

This is the outrageous and controversial story of legendary movie star Joan Crawford (Dunaway)and her struggle with the dual roles of fading actress and tormented mother. The public Crawford was strong-willed, glamorous and admirable, but Mommie Dearestreveals the private Crawford, the woman desperate to be a mother, adopting her children when she was single and trying to survive in the devastating movie industry. The rage,the debilitating strain, and the terrifying descent into alcoholism and child abuse are graphically and unforgettably depicted in this film.
TRAILER
DETAILS