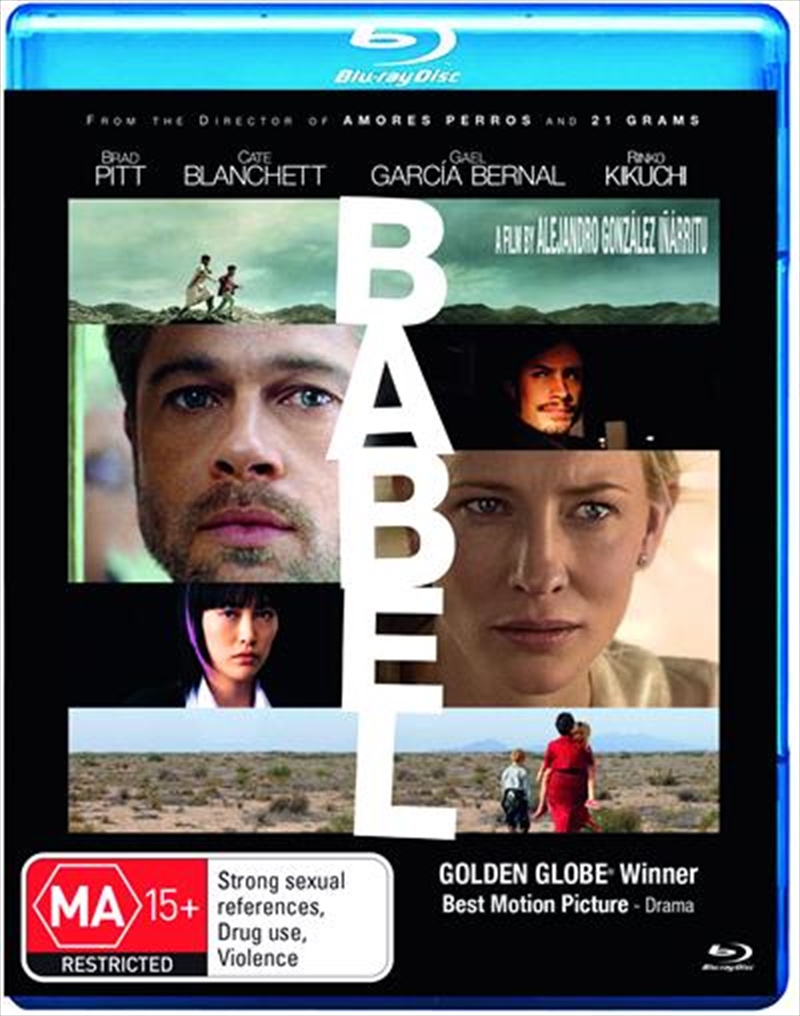 Pain is universal... but so is hope. From acclaimed Director Alejandro Gonzlez Irritu (Amores Perros, 21 Grams) comes the third film in his trilogy, Babel, a critically celebrated and emotionally gripping film about the barriers that separate humankind. A tragic accident in Morocco sets off a chain of events that will link four groups of people who, divided by cultural differences and vast distances, will discover a shared destiny that ultimately connects them. Brad Pitt (Mr. and Mrs. Smith, Oceans 12 ), Academy Award- winner * Cate Blanchett (The Aviator, Lord of the Rings Trilogy) and Gael Garca Bernal (Y Tu Mam Tambin, The Motorcycle Diaries) lead an outstanding international ensemble cast in this breakthrough film.
TRAILER
DETAILS