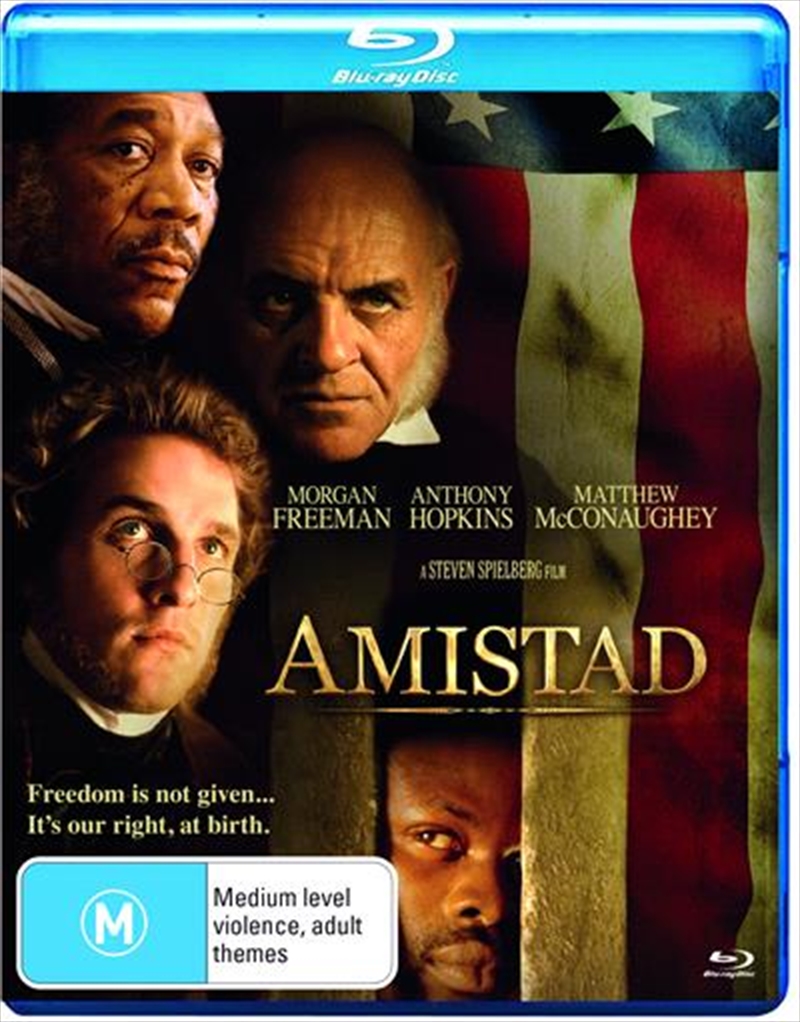 Earning acclaim for its film making and power, AMISTAD was honored with four Academy Award nominations in 1997; Best Supporting Actor (Hopkins), Best Music, Best Costume Design and Best Cinematography. Based on a true story, the movie chronicles the incredible journey of a group of enslaved Africans who overtake their captors ship and attempt to return to their beloved homeland. When the ship, La Amistad, is seized, these captives are brought to the United States where they are charged with murder and await their fate in prison. An enthralling battle ensues that captures the attention of the entire nation, confronting the very foundation of the American justice system. But for the men and women on trial, it is simply a fight for the basic right of all mankind...freedom.
DETAILS