Cameron Smith - The Storm Within 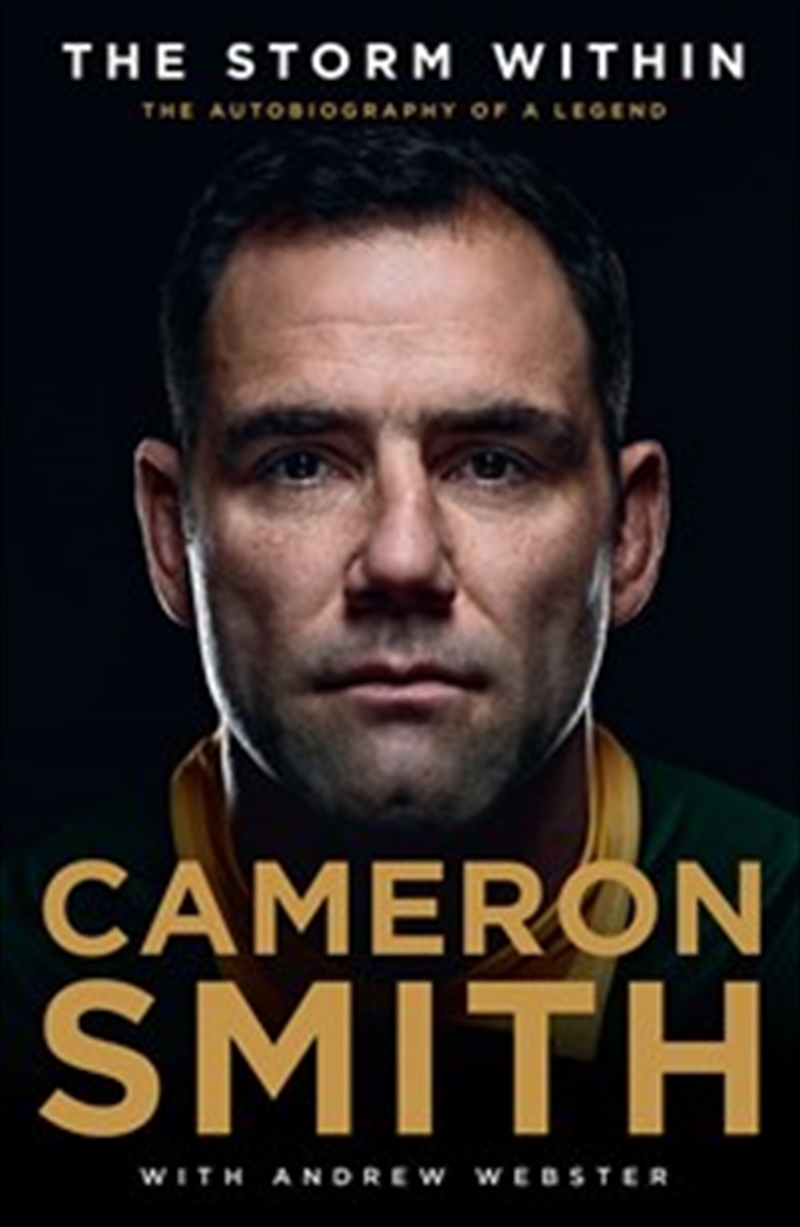 Cameron Smith - The Storm Within

Cameron Smith AM is the most decorated rugby league player of all time. The recipient of numerous Dally M and Golden Boot awards, he has starred in the toughest league competition on the planet every season since he made his NRL debut in 2002. Captaining the Melbourne Storm to multiple premierships, Smith played in a staggering seventeen finals campaigns. An integral member of the record-breaking Queensland teams of 2006-2017, he won eleven State of Origin series. As skipper of the Australian national team for over a decade, he led the Kangaroos to two World Cups. Smith is credited with revolutionising the number nine position. He holds the State of Origin records for most appearances and most wins, as well as the NRL records for most games, goals, points scored, wins and appearances as captain.

This autobiography maps his unique journey in the game: an extraordinary look into the biggest matches and biggest moments, Smith describes his career with great colour and candour, outlining what it takes to climb to the highest level in sport. Talent aside, it is Smith's intelligence and poise that set him apart, coupled with consistency, durability and longevity that are unlikely to ever be matched. Notoriously private throughout his career, The Storm Within sets the record straight. Finally, the life behind the legend - the man behind the mystery - tells his story.

Title: Cameron Smith - The Storm Within