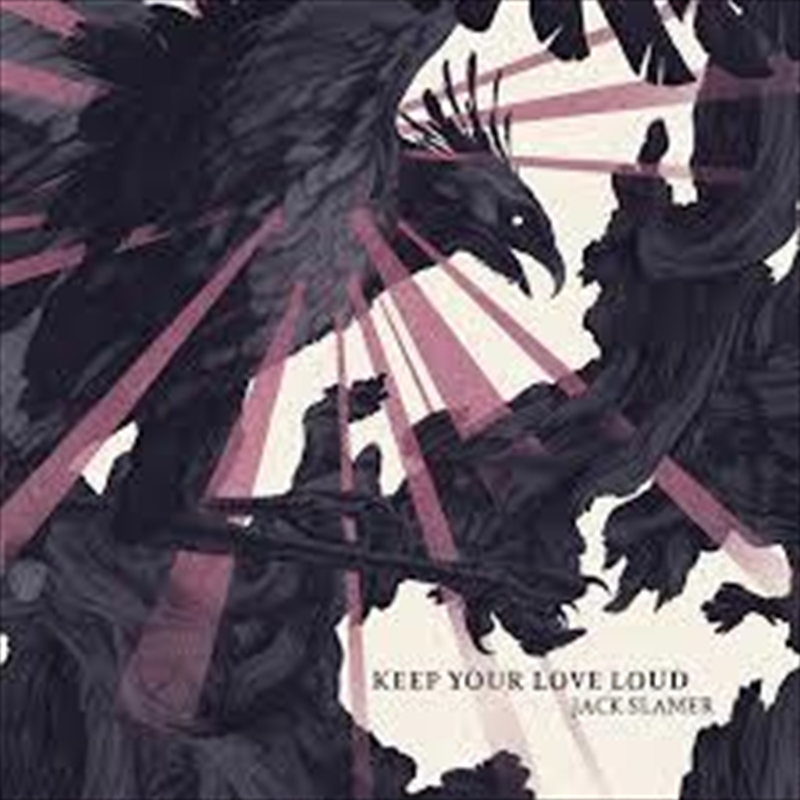 Flying high like an eagle in the sky – Jack Slamer are back with a bang! "Keep Your Love Loud" marks the band's third release - and it surely packs a punch.

This time around, walls of guitars, endless riffs and high soaring vocals are joined by disco drums and Darbukas. Once the needle touches the vinyl, you can almost hear your feet shout out "Holy Moly" in ecstasy! You'll be blasted with fresh and almost frivolous soundscapes, yet they continue to be grounded in a deeply rooted taste for tradition.

The first grade production value is one of the album's major features and it is instantly recognizable: Punchy drums, a gnarly bass sound and intricate guitar lines weave into a dense sonic fabric that can easily keep up with the great records of rock n roll's past!

This masterpiece owes a great deal to its producer Tommy Vetterli (Kreator, Coroner) who recorded "Keep Your Love Loud" at the New Sound Studio (Eluveitie, Battalion) and piloted Jack Slamer through their album production with honest and direct feedback. Even unconventional ideas were given room and they clearly added to the sound without trying to reinvent the wheel itself. This appetite can be heard on the ZZ-Top inspired 'Magic Woman', the heavy disco beat of 'Brother', the Darbuka performance in 'Favorite Enemy', or the swirling bassline in 'Stumbled'.

All this keeps Jack Slamer far from being a classic rock'n'roll five piece and shows how the sense of family can be found at the roots of this band.