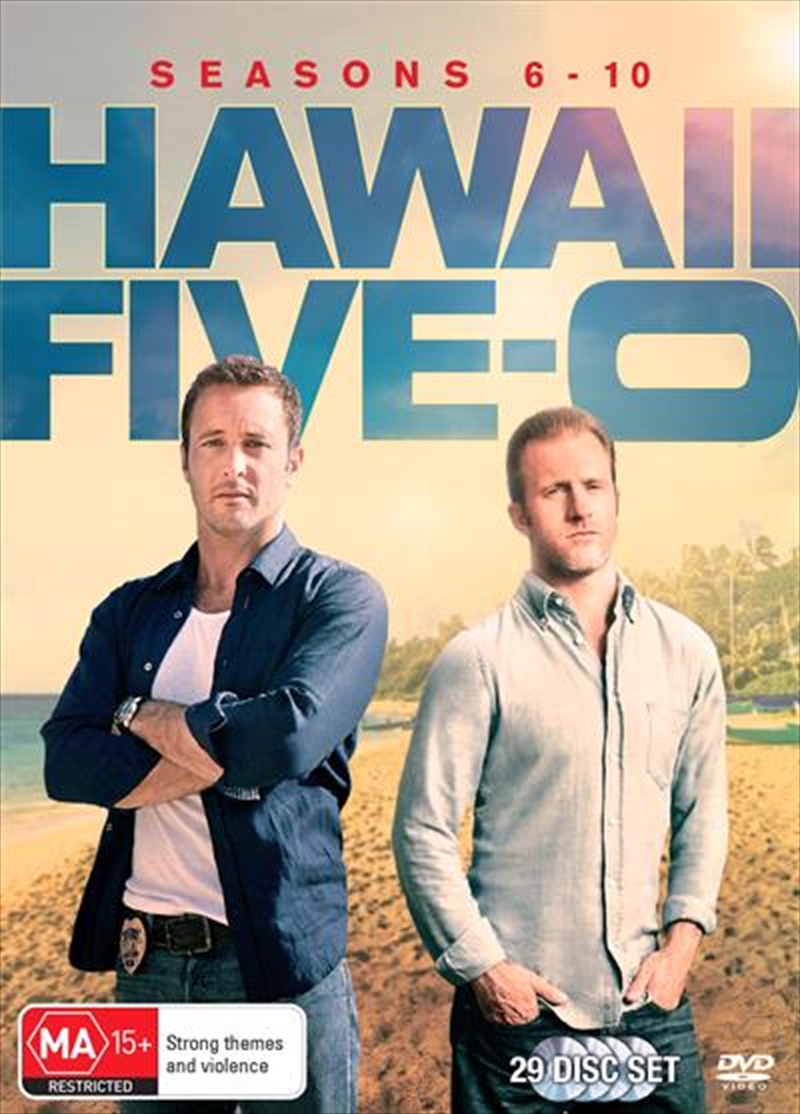 SEASON 06: With McGarrett (Alex OLoughlin) and Danny (Scott Caan) at the helm, the team interrogates members of a renegade stunt-bikers gang, pursues a rogue Russian spy with access to NSA secrets, and partners with an autistic child in a murder investigation. Chin (Daniel Dae Kim) and Kono (Grace Park) are held at gunpoint by two killers who don't know they're cops, and Grover (Chi McBride) and his family are haunted by a 15-year-old Mob investigation. Meanwhile, Catherine (Michelle Borth) returns to the islands and McGarrett prepares to take their relationship to the next level.

SEASON 07: McGarrett teams up with an FBI profiler to hunt the chess-piece killer, but soon find themselves pawns in his deadly game. Danny protects a coma-bound witness from assassins before he is put to sleep for good. Chin travels south of the border to save his niece from a ruthless cartel. Kono uncovers a sex trafficking ring operating on the island. And Dr Max Bergman (Masi Oka) says farewell to his Five-0 family.

SEASON 08: Five-O's past present, and future are about to collide when a Hawaiian crime wave heats up! With McGarrett leading their missions, HPD's elite team bolsters its roster with new recruits Tani (Meaghan Rath) and Junior (Beulah Koale) to hunt a serial arsonist and a diabolical hacker (special guests stars Randy Couture and Joey Lawrence). As a gang of mob murders sweeps the island, Adam (Ian Anthony Dale) heads up and organised crime unit. Bioweapon exposure and a gunman's bullet threaten to take down Danny for good. And while Grover faces personal demons, Jerry (Jorge Garcia) teams with a familiar face to stop a terrorist from building a bomb.

SEASON 09: Whether it is confronting a cold case, chasing down a cybercriminal, whacking a mole in the CIA, stopping the killing spree of a serial SEAL assassin, or shutting down a meth lab tucked away in a B & B, it is all in a day's work for the tireless ohana of the Hawaii PD. Family also adds to the dram as "Danno" gets taken down a notch by his high-maintenance ex-mother-in-law (Joan Collins) and Lou has to broker peace when his parents (Gladys Knight and Louis Gossett Jr) arrive for Thanksgiving.

SEASON 10: Bomb threats. Kidnappings. Assassinations. And yes, even pirates. Lieutenant Commander Steve McGarrett and Detective Sergeant "Danno" Williams go up against all-new adversaries and familiar foes, including the final showdown with the Yakuza for Hawaii's soul. The will need all the help they get...