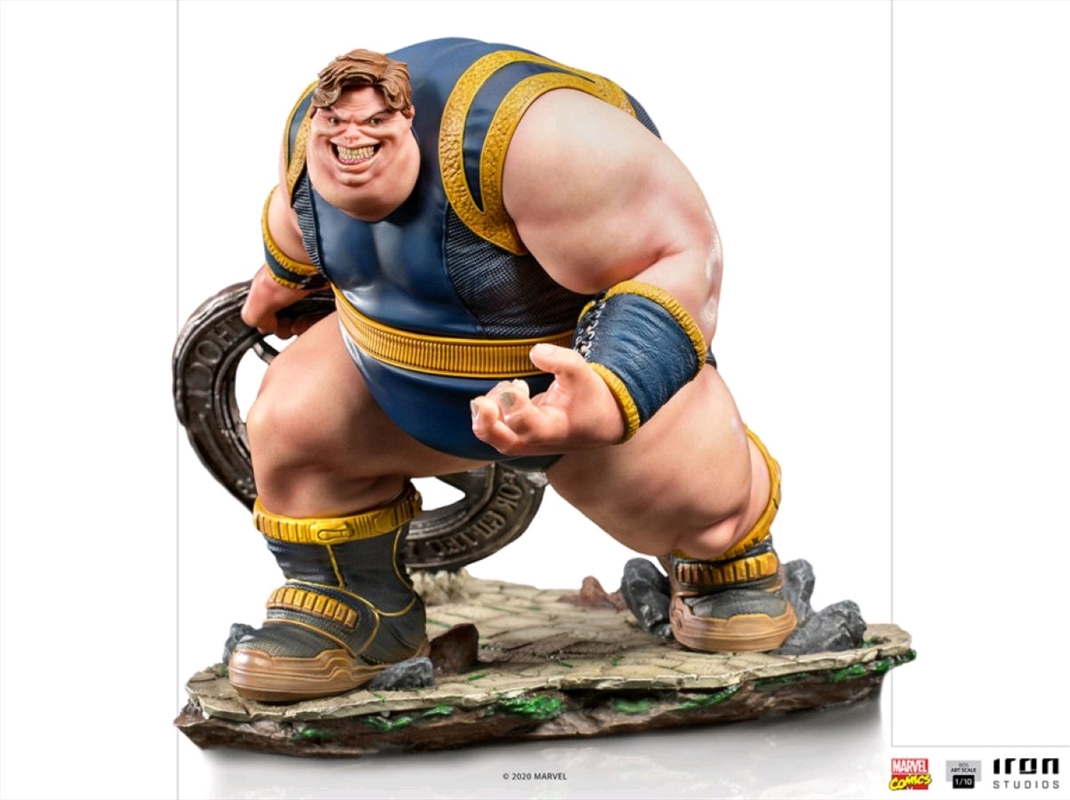 Iron Studios are proud to announce the latest from the Battle Diorama Series Art Scale 1:10 line - Blob! Based on the original X-Men references from Marvel Comics, this polystone statue is hand-painted and limited edition.

Fred J. Dukes from an early age gained body mass abnormally. Thanks to his mutant powers, he got a decent but humiliating job as a freak show, taking on the name of Blob. Approached by Magneto, he later founded the Brotherhood of Mutants and became one of the most constant villains in the Marvel Universe. Blob has an immensely overweight body, which gives him super strength and invulnerability. When it sticks to the ground, no force is able to move it.

Blob arrives to add one more iconic character from the universe of Marvel mutant heroes and villains, who are part of the colossal battle diorama between the X-Men and their allies, against the giant Sentinel robots controlled by Magneto and his Mutant Brotherhood, but that they will also be able to compose different scenarios according to the wishes of each collector, creating different formations with their favorite characters, as well as representing each one very well in their Marvel collection.