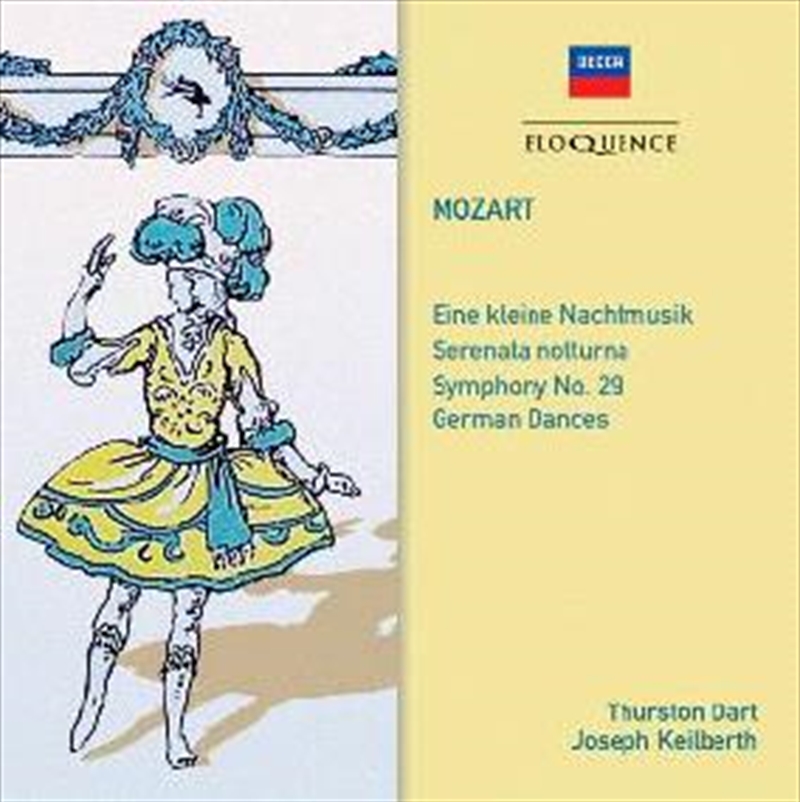 The two albums reissued here exemplify the postwar revolution of Classical-era performance styles. Having begun to make records in 1938, the L'Oiseau-Lyre label worked in the vanguard of the period-performance movement, yet in 1951 the Bamberg Symphony Orchestra and its long-time principal conductor Joseph Keilberth were engaged to record the Symphony KV 201 and the two sets of German Dances.

They did so in Paris, the day after giving a concert in the Salle Pleyel to open a tour of France, Spain and Portugal. The sessions prompted a laconic diary reflection from Keilberth – 'How hard it is to stick to a really secure 3/4 pulse' – but the authors of The Record Guide observed an unexpected lightness of touch about the results. L'Oiseau-Lyre's founder Louise Dyer continued, however, to engage artists who were scholars as much as musicians – none more eminent than Thurston Dart, who had produced a scholarly edition of Couperin's keyboard works on which much of the label's reputation was founded, and who directed his own ensembles such as the Philomusica of London with a sure and lively touch.

This recording of Eine kleine Nachtmusik was the first – and still one of the only – to insert a replacement for the work's missing first minuet: in this case, Dart's own orchestration of a movement from a piano sonata, following a suggestion made by Alfred Einstein. It was also the first album of Mozart's orchestral music where the instrumentalists used 'period' bows, lighter and differently balanced, lending a natural shapeliness to the phrases.

"Joseph Keilberth, one of our most serious Wagnerians, appears here (though not on his other records) as a Mozartian stylist of distinction. He gets his orchestra to play most beautifully; and the recording … is very clean and clear, and tonally delightful." The Record Guide (1955)

"The result of these exercises is to remove the spuriously symphonic flesh that had over the years overspread this delightful little work and to make it what Mozart called it – 'a delightful night music' … The important thing is that this performance is almost certainly a great deal nearer to what Mozart himself had in mind than any of the other recorded versions." Gramophone, April 1955 (Dart)