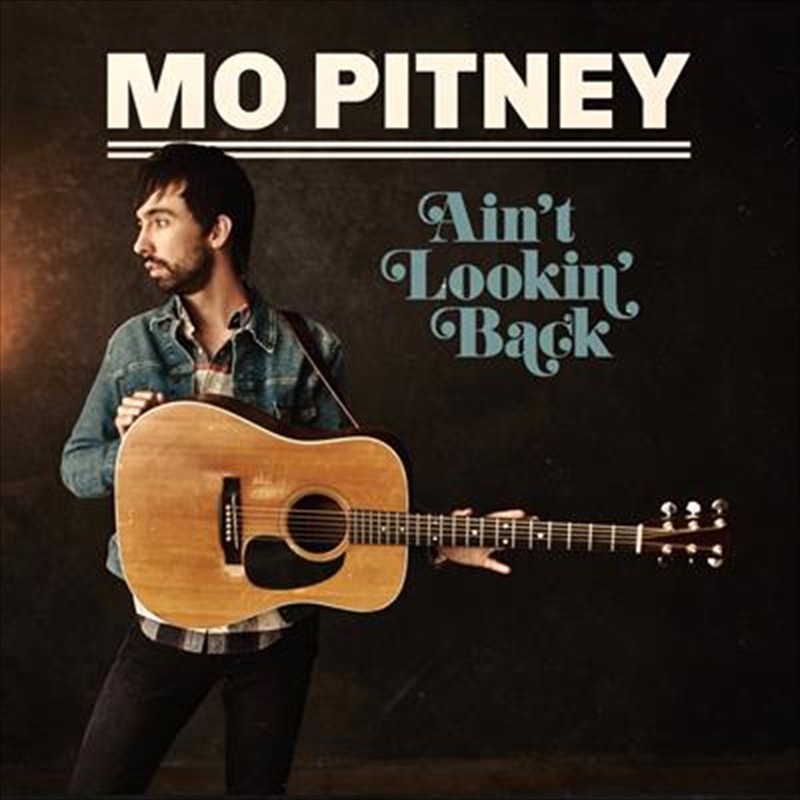 Ain't Lookin' Back – Mo Pitney's second album was produced by Jim"Moose" Brown and contains co writing contributions from a powerhouse list of some of the best in the business.

Pitney, who has been named to multiple "Artists To Watch" lists by the likes of Rolling Stone, Billboard, The Huffington Post, Bobby Bones, and Spotify, among others, is influenced by old-time country music, bluegrass, blues, and singer/songwriters like Randy Newman and James Taylor.

"How do I build on the foundation of what's behind me, and then turn it into my own, something forward-facing?" asked the Cherry Valley, Illinois-native when preparing to work on his new album. "I wanted to be completely open-minded, while also adding in current sounds - what is my version of what is out today, and how can that meet all of my influences of the past to hopefully make one complete thought, to make something new?"

Ultimately, the lyrical content of Ain't Lookin' Back speaks more to a rebirth in life. The ability to make it this far in life, to shed off your past, and to live a future of light and love and grace and forgiveness, and then see that cycle repeat itself. Ain't Lookin' Back.

"The end-goal was to shut out all other voices, close our eyes, and create something that came from the heart," Pitney continues. "I'm looking forward to taking this body of work that is completely me and sharing it with the world. I'm excited to see people's reactions, whether positive or negative. No matter what, I ain't lookin' back."

2. Right Now With You

6. Boy Gets The Girl

10. Mattress On The Floor