Tap Dancing Knife Thrower - my life - without the boring bits 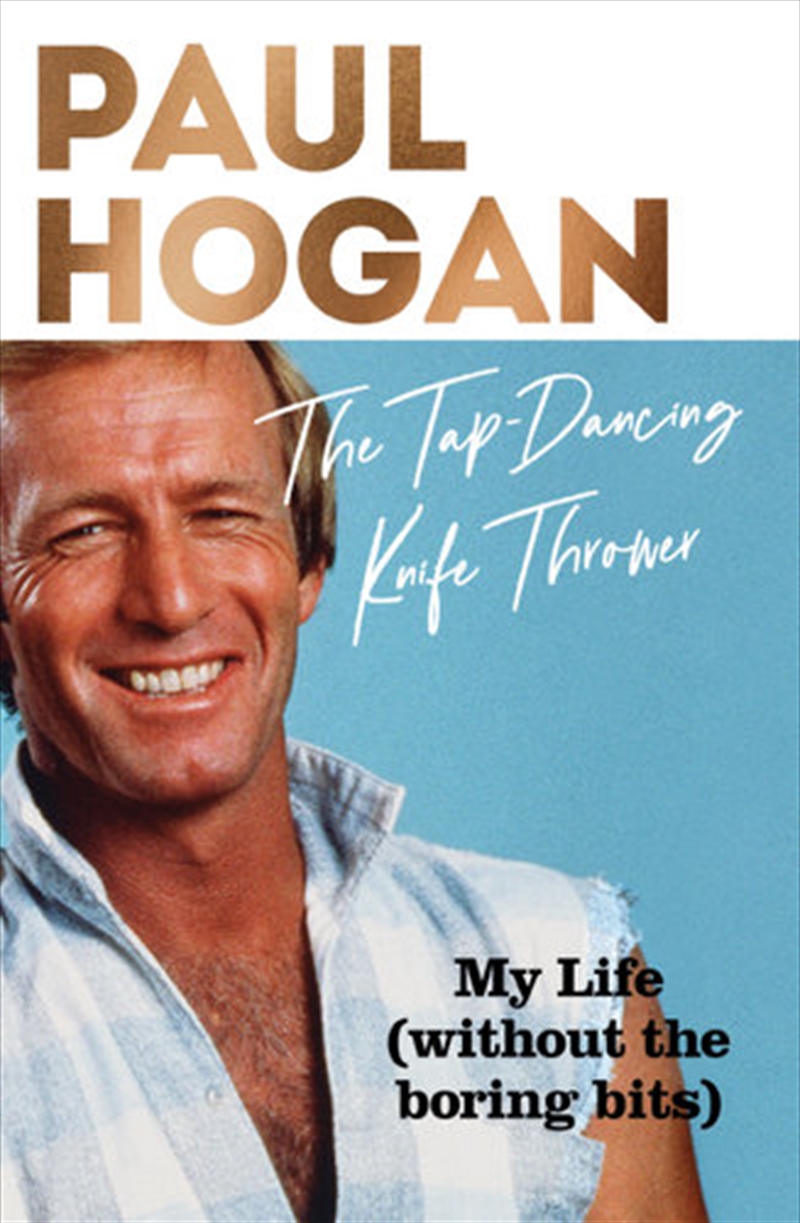 Tap Dancing Knife Thrower - my life - without the boring bits

Paul Hogan first appeared on our screens in 1971 as a 'tap dancing knife thrower' on channel 9's New Faces. The then father of four and Sydney Harbour Bridge rigger from Granville did it as a dare, but when the network's switchboard lit up, he was invited back. So popular was he with viewers, Hogan became a regular on Mike Willesee's A Current Affair. The rest, as they say, is history. In collaboration with his business partner and best friend John Cornell (who played his sidekick, Strop), he went on to become Australia's favourite TV comedian. His hugely popular comedy shows and appearances in unforgettable and ground-breaking ads for cigarettes, beer and tourism, came to personify Australia and Australians here and overseas, helping to change the perception of who we are as people and as a nation.

Then, in 1986, Crocodile Dundee, the movie he conceived, co-wrote and starred in, became an international smash, grossing more than a billion dollars in today's money and earning its star an Oscar nomination. Despite the fact Hoges claimed to be 'retired', many more movies followed, including Crocodile Dundee II, Lightning Jack, Almost an Angel and Charlie & Boots. But even as his star rose ever higher, he always expected someone to grab him by the arm and say, 'What are you doing here? You're just a bloody rigger!'

The Tap Dancing Knife Thrower is a funny and candid account of the astonishing life of 'one lucky bastard', as Hoges describes himself. Full of countless stories never previously shared and told in the comedian's inimitable, funny and self-deprecating style, The Tap Dancing Knife Thrower is Paul Hogan's story told his way - 'without the boring bits'.