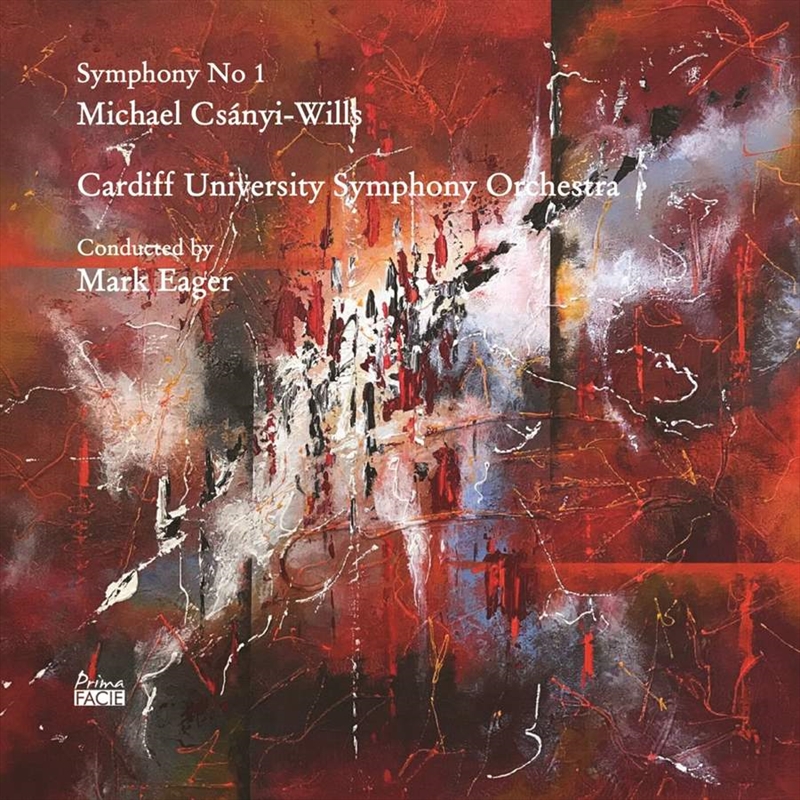 Prima Facie is pleased to announce the third release in its collaboration with Cardiff University Symphony Orchestra and conductor Mark Eager. The disc features the world premiere of Michael Csnyi-Wills' moving and masterly Symphony no.1, commissioned by Mark Eager for performance with this orchestra.

Award winning composer and Pianist Michael Csnyi-Wills has written works ranging from chamber, choral and orchestral music to scores for a wide range of of successful films. He has been composer in residence with the Welsh Sinfonia since September 2013. His recent orchestral works have been widely performed throughout the UK, while regular commissions have given him an international audience in Europe, Australia and the USA.

This symphony is a significant, large scale workbrilliantly orchestrated, and a wonderful showcase for the talented students of Cardiff University Symphony Orchestra. In his collaboration with Prima Facie, conductor Mark Eager is keen to promote both new music by notable contemporary composers and hitherto forgotten music by the great figures of the past. His previous disc of Debussy premieres with the same orchestra attracted particular praise from Geoff Brown in The Times: "The novelty that really made me excited this week was Debussy's Chinese ballet score No-ja-li, another unfinished work, originally earmarked for a 1914 London stage revue, more recently restored to life in a brilliantly effective reconstruction by Robert Orledge. Its premiere performance by the excellent Cardiff University forces is the highlight of "City of Light: New Discoveries."