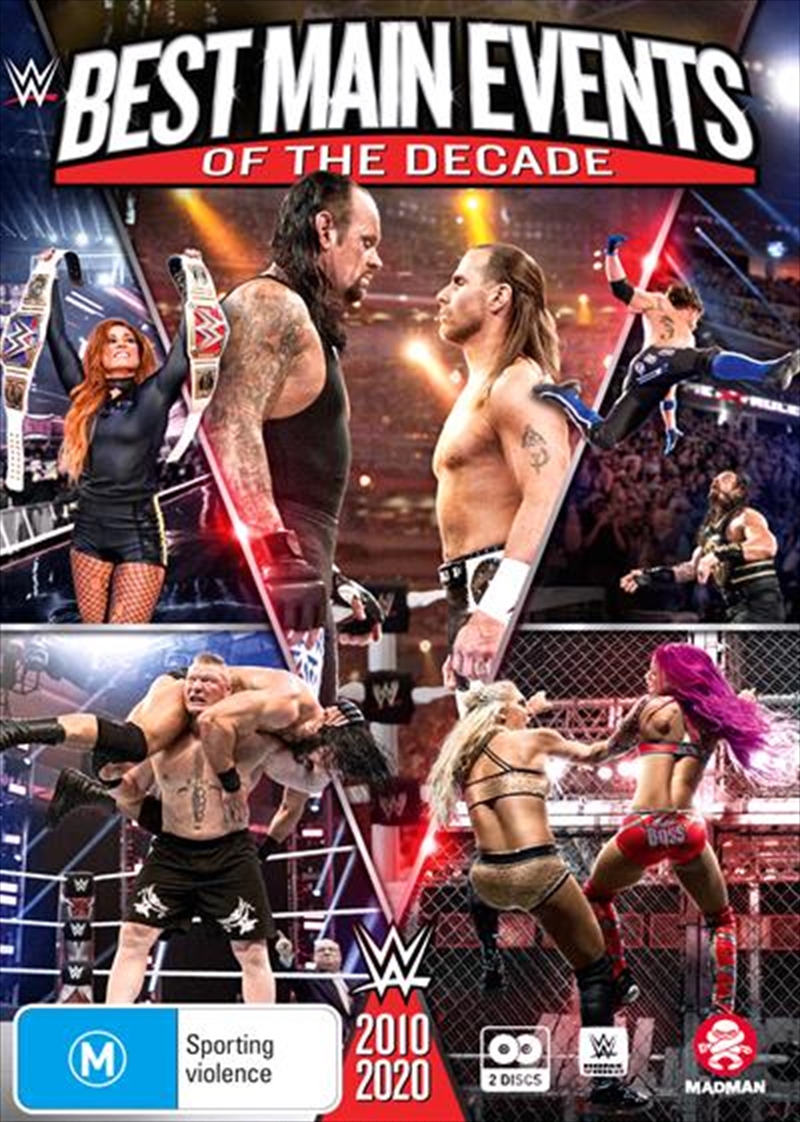 The last decade in WWE was filled with some of the most breathtaking, epic main events in history. Shawn Michaels and The Undertaker battled in the emotional Streak vs. Career match. The Rock and John Cena clashed in a battle of generations that we never thought we would see. Brock Lesnar and Roman Reigns faced off in the main event of WrestleMania 31, but neither man left with the championship! Charlotte Flair and Sasha Banks made history in first ever womens Hell in a Cell match. And history was made again when women main evented WrestleMania for the first time, as Ronda Rousey, Charlotte Flair, and Becky Lynch battled to take home all the gold. Plus many more epic main events- featuring Triple H, Seth Rollins, AJ Styles, Braun Strowman, Drew McIntyre, and more.