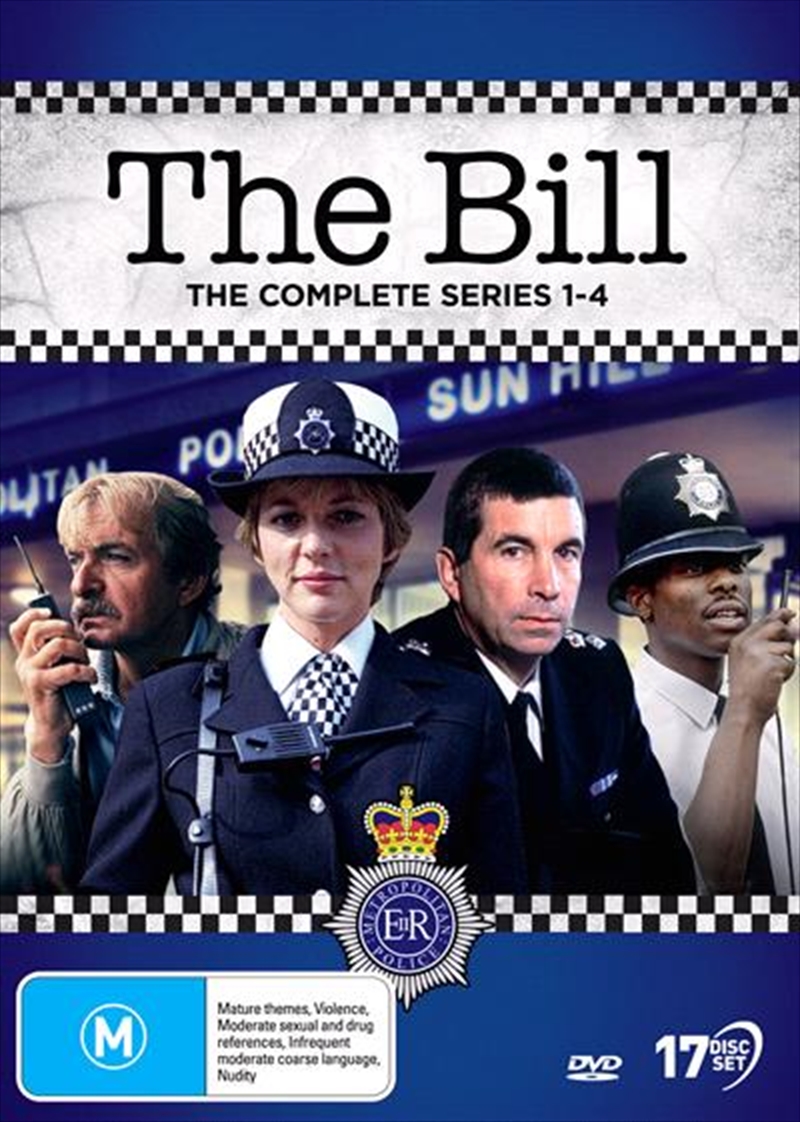 Back on the beat with Sun Hill's finest...

From its origin as a single play in ITV's Storyboard series (presented here as a special feature), The Bill began as three hour-long series before being relaunched and reformatted into the long-running, regular weekly ratings hit that it became. Critically acclaimed, the series was compulsive viewing for millions of people over the last 26 years and featured some of the viewing public's favourite characters, including DI Galloway (John Salthouse), Sgt. Cryer (Eric Richard), PC Carver (MarkWingett), PC Litten (Gary Olsen), PC Hollis (Jeff Stewart), WPC Ackland (Trudie Goodwin) and Det. Sgt Roach (Tony Scannell). This 17-disc set collectors together the first 4 series plus the original drama "Woodentop" which started it all.
DETAILS