Night Of The Demon 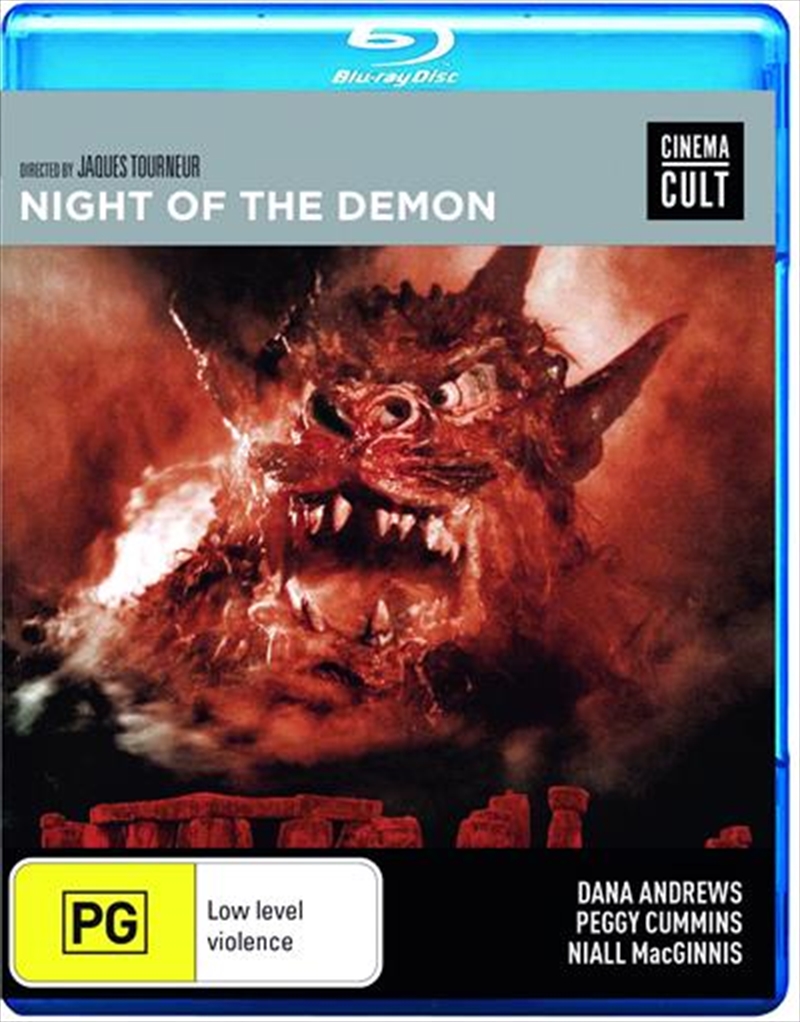 Night Of The Demon

Night Of The Demon Blu-Ray

American professor John Holden (Dana Andrews) arrives in London for a conference on parapsychology only to discover that the colleague he was supposed to meet was killed in a freak accident the day before. It turns out that the deceased had been investigating a cult lead by Dr. Julian Karswell (Niall MacGinnis). Though a skeptic, Holden is suspicious of the devil-worshiping Karswell. Following a trail of mysterious manuscripts, Holden enters a world that makes him question his faith in science.

Review of Night of the Demon by Christopher Pattison

Shock Entertainment’s premium label ‘Cinema Cult’, have been releasing forgotten cinematic classics for quite some time now, with their 2020 release of ‘Night of The Demon’ anticipated by film collectors and cinema fans alike. This is a new 2K restoration of the 1957 forgotten classic. This 1957 classic has influenced many films in the horror genre, including ‘Neon Demon’ and Rob Zombie’s entire filmography, in particular the ‘Firefly Trilogy’ (‘House of 1000 Corpses’, ‘The Devils Rejects’ and ‘3 From Hell’). As having never seen this film before, I was quite excited to check it out and I was pleasantly surprised with how well this film holds-up. ‘Night of The Demon’, follows American professor John Holden (played by Dana Andrews), who arrives in London for a parapsychology conference, only to find himself investigating the mysterious actions of Devil-worshipper Doctor Julian Karswell (played by Niall MacGinnis). With an impressive cast and a recent remaster of the film, how was the 1957 classic ‘Night of The Demon’?
‘Night of The Demon’ was a treat. With impressive visuals that really pop on this new 2K remaster and an impressive cast led by the wonderful Dana Andrews, who delivers a wonderful performance. The film is quite tame in terms of the horror we are used to in the modern age of cinema, however, in terms of the time period it was released, it stands out as a wonderful horror film. The film has striking visuals on display, with some truly nightmare inducing imagery, which the film thrives on. This type of imagery is quite impressive and does still stand the test of time. Director Jacques Tourneur directs a surrealist type of horror flick which is unique and different to most films released around this time. Following his other horror films that are now classified as ‘classics’ in the genre and the time period such as; 1942’s ‘Cat people’ and 1943’s ‘I walked With A Zombie’, Tourneur, keeps his style of filmmaking intact with an interest and well-paced horror flick from a bygone era of Hollywood.
With an impressive cast, frightening imagery and a well-balanced and well-paced script, ‘Night of The Demon’ does hold-up remarkably well, with this new 2K restoration breathing life into a long-dormant film that may have never seen a physical media release if it was not for Shock Entertainment. I am giving ‘Night of The Demon’ an 8/10. If you are a ‘Cinema Cult’ collector, then this is a must-have. Pick up your copy from Sanity on Blu-Ray today in store and online, you won’t be disappointed!
Chris has written this movie review for Sanity. See more from Chris here

Title: Night Of The Demon