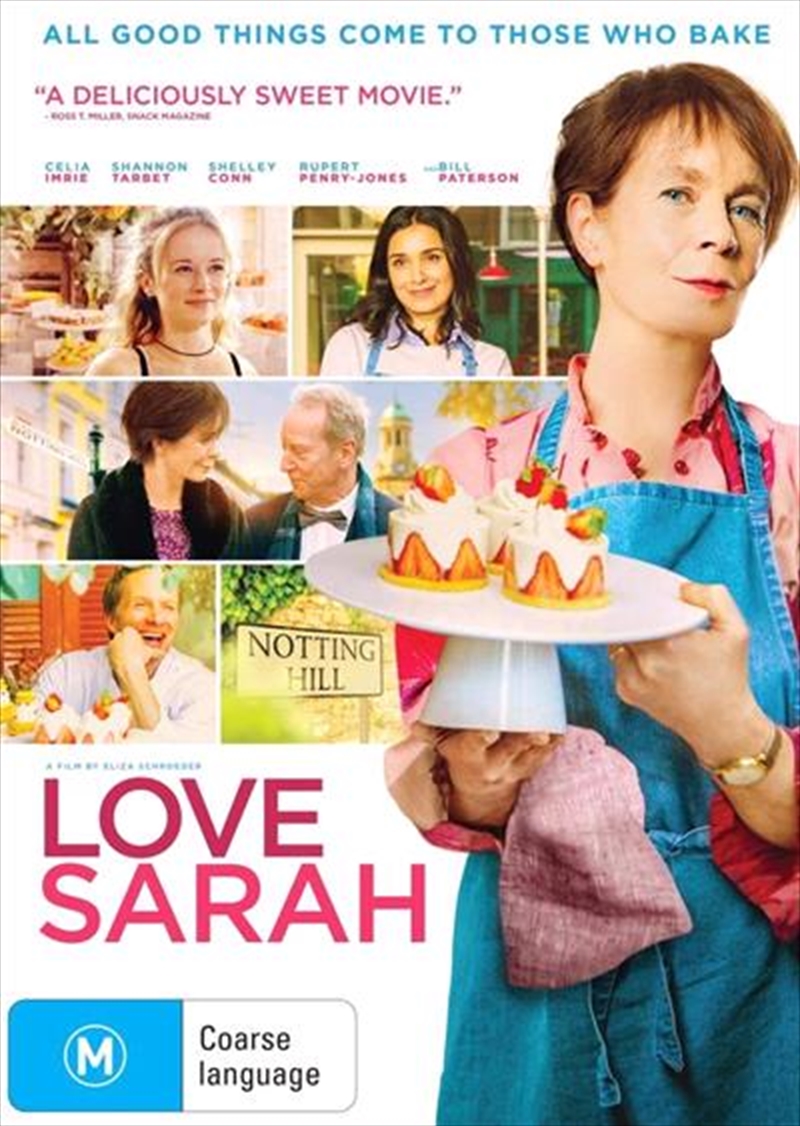 Determined to fulfil her late mother's dream of opening a bakery in charming Notting Hill, 19-year-old Clarissa enlists the help of her mother's best friend Isabella and her eccentric estranged grandmother Mimi. These three generations of women will need to overcome grief, doubts and differences to honour the memory of their beloved Sarah while embarking on a journey to establish a London store filled with love, hope and colourful pastries from all over the world.

After a tragic event occurs to a young woman named Sarah, her daughter Clarissa (Shannon Tarbet) makes the decision to her complete her mother’s long-term dream of opening a bakery in London. But when it comes to owning a business or baking, Clarissa is not able to do this task on her own. She seeks assistance and support from her Grandma, Mimi (Celia Imrie), and Sarah’s best friend, Isabella (Shelley Conn). Together these three women begin to renovate an old shop and transform it into something beautiful, also employing a young chef to assist with the baking.
Love Sarah is a film that does not take long to introduce the story or the ladies. Some elements in the setup are more implied which I enjoyed, plus it means the plot gets underway immediately instead of making the story slow, depressing, and oppressive.
Performances by the leading ladies are lovely (especially from Celia Imrie who I always have a soft spot for). All characters here have chemistry on-screen when they interact with each other. Each character also brings a different set of skills when it comes to running a bakery due to their personal experiences. The film also focuses on the expertise of different generations, which was a lovely touch too. To my surprise, this film isn’t just a drama. There are other aspects to this film, including romance, comedy and even the ingredient of mystery which I also found pleasing.
Another element I wanted to share about is the film’s beautiful music score which was composed by Enis Rotthoff. It’s truly a perfect match for this film, and I found the music alone moving at times. The director should also be mentioned. Love Sarah was directed by Eliza Schroeder, and according to IMBD this film is her very first feature film. As a first-time director for a feature film, the results here are impressive, and the director should be proud of what she has achieved. There is a genuine freshness to this story and film.
Overall, like a freshly baked cake, Love Sarah is refreshing and delightful. While the film is classed as a drama, it contains an incredibly heartfelt story with the added ingredients of both humour and mystery. Performances are also fantastic, and I felt the leading ladies had beautiful chemistry together. All these ingredients will make the movie lover crave another slice as the credits roll.
Peter has written this movie review for Sanity. See more from Peter here