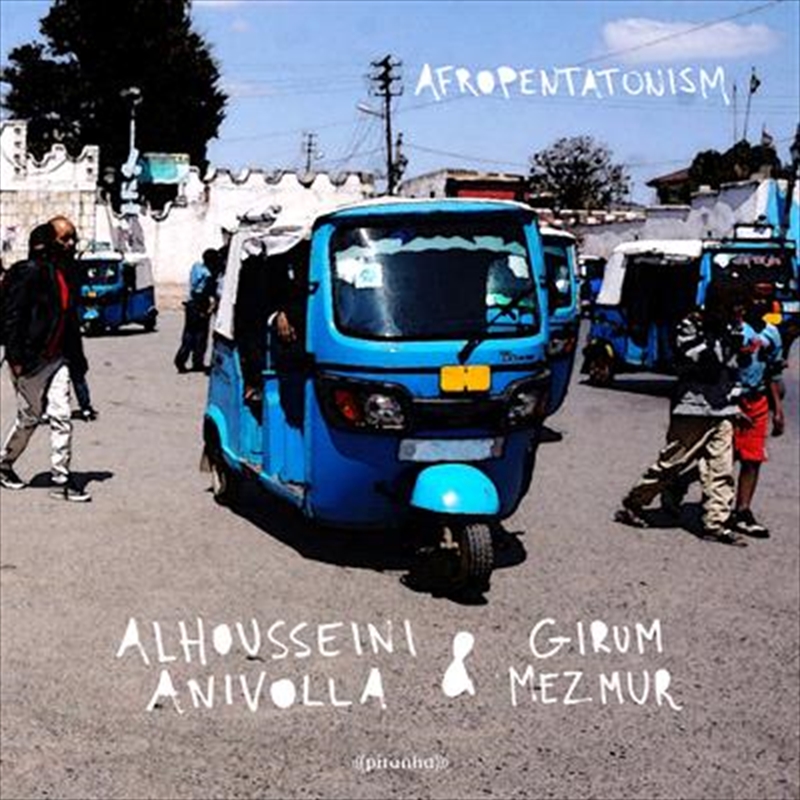 When guitarists Alhousseini Anivolla (Niger) and Girum mezmur (Ethiopia) first met in 2005 at a festival in Europe, they were both already established professionals. Alhousseini had been part of the Tinariwen movement, and later on, gained a remarkable reputation with his band Etran Finatawa and his trio Anewal. The Sydney Morning Herald praised his ”gloriously repetitive, traditional music mixed with some of the slickest and most beautiful electric guitar imaginable.” Girum has been a mainstay in Addis Ababa’s live music scene as a guitarist and producer for decades. He is the musical director of Ethiopia’s greatest star Mahmoud Ahmed and has worked with the likes of Angelique Kidjo and Ali Keita.

Their new collaborative project Afropentatonism fuses some of the most intriguing art of their respective cultures. Repetitive grooves, hypnotic jams and raw guitar sounds shape the album – all amidst the laid-back vocals of Alhousseini, who sings in his native tongue Tamashek.

The album was recorded live during a concert in Nairobi and features extended versions of the original songs. The infectious Isouwad, almost nine minutes in length, includes a rousing finale that had every audience member dancing. Quieter songs are amongst the most political tunes on the album. In the dreamy Algher (Peace), Alhousseini sings about the conflicts in his home region, directly addressing younger generations: “Children of this country protect our peace!”. ”Raise your voice to bring people together no matter which colour and background” is the central message of the enchanting Asmoussoudou (Those Who Unify).

In recent years, artistic exchange between West and East African countries has become increasingly difficult due to political insecurity and terrorism in the Sahelian belt. But for Alhousseini and Girum, it’s worth the struggle. Afropentatonism is a project that is as much about music as it is about friendship, learning and common creation. “We want people in Africa to be proud of their diverse culture and common traditions.” Alhousseini Anivolla and Girum Mezmur have created a glorious example of the power of nonverbal communication. Five notes per octave and six friends are all you ever need.