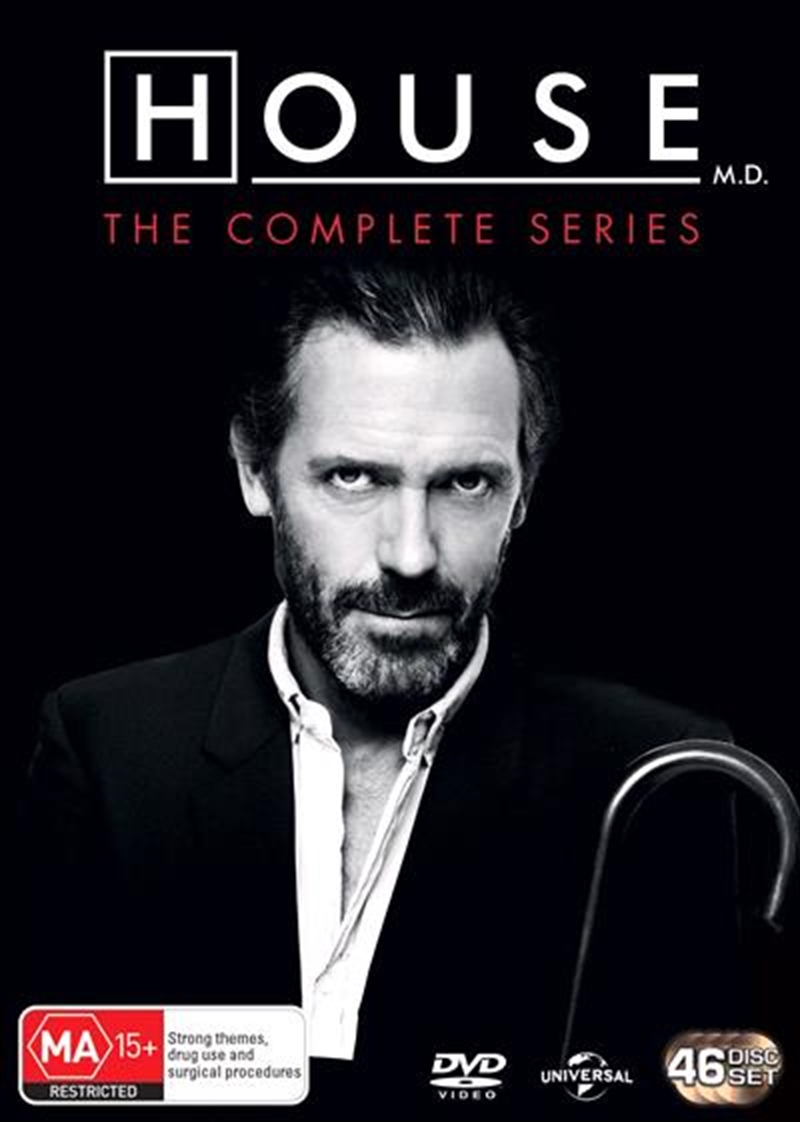 Genius has side effects.

An antisocial maverick doctor who specializes in diagnostic medicine does whatever it takes to solve puzzling cases that come his way using his crack team of doctors and his wits. A smash hit series with a huge and devoted fan base, "House", an innovative take on the medical drama, solves mysteries where the villain is a medical malady and the hero is an irreverent, controversial doctor who trusts no one, least of all his patients. From executive producers Katie Jacobs, David Shore, Paul Attanasio and Bryan Singer, this involving and addictive series delivers to the international TV landscape one of the medium's most iconic and original characters-Dr. House. Played by Golden Globe-winner Hugh Laurie, our protagonist is a loveably cranky and flawed physician who raises what is already a tautly written procedural drama to the level of appointment television.
DETAILS