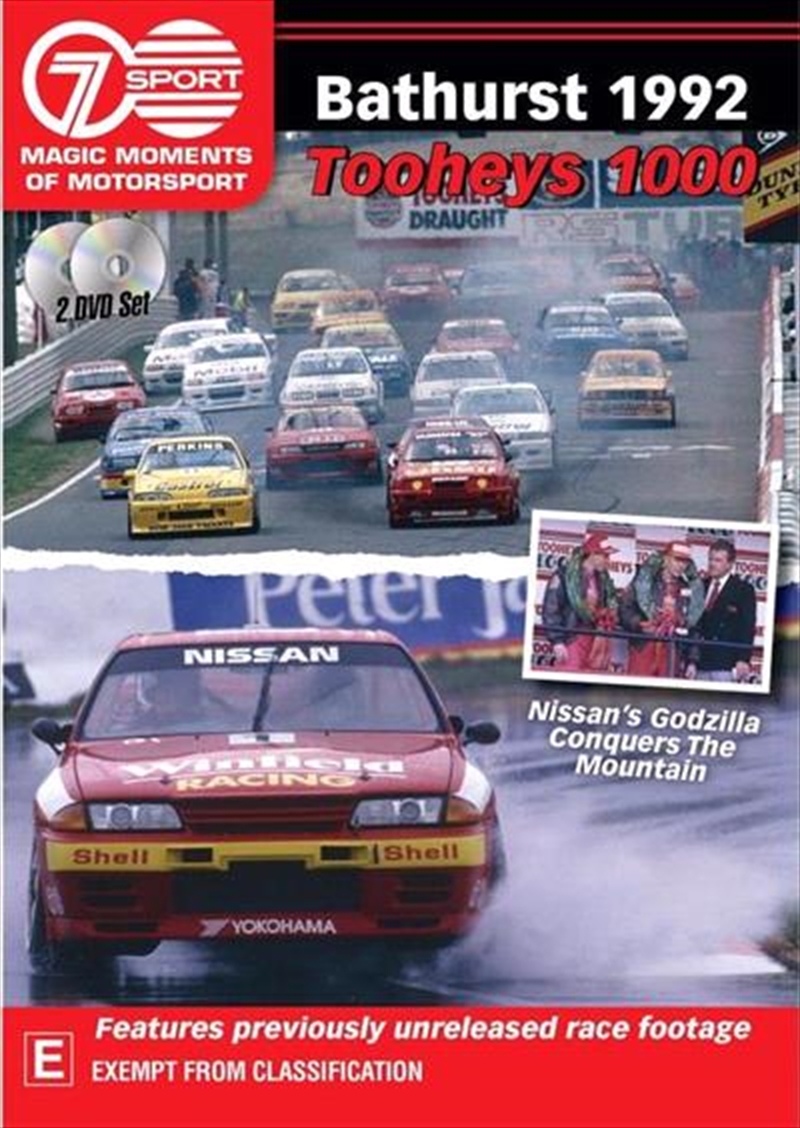 THE 1992 Tooheys 1000 at Mount Panorama, Bathurst remains a special race in the history of The Great Race with the full Seven Sport race day telecast released here for the first time as part of the popular Seven Sports Magic Moments of Motorsport DVD series.The 1992 race was the 30th running of the annual October classic and marked the final Bathurst for the turbocharged Nissan GT-Rs dubbed Godzilla and the long-serving Ford Sierra RS500 Cosworth, as Australia prepared to move to an all-V8 Holden and Ford formula for the following year.This race gave fans a view to the future with four of the new winged cars entered three Commodores (two from the Holden Racing Team and one from Peter Brocks Mobil team) and a sold Ford Falcon V8 run by Glenn Setons team. It marked the first Falcon V8 to compete in a Bathurst 1000 in eight years!But this race was all about the wet weather and controversial ending that saw winner Jim Richards give the fans a huge verbal spray during the podium presentation, one that has become part of Mount Panorama folklore!He and Mark Skaife came out victorious on a wild and wet day on the Mountain, a day also marked with sadness given the passing (due to a heart attack) of 1967 Formula 1 World Champion Denny Hulme mid-race while at the wheel of a BMW M3.Included on this release is the full race day telecast, including the pre-race festivities, highlights of the Tooheys Top 10 Shootout, the pit stop competition and then the main course, the 161-lap Mountain classic. This release also includes a range of unseen vision too. We have included on this DVD the race action that unfolded while television viewers of the day were busy watching commercials!This DVD is a must-have for your collection of Seven Sport Magic Moments of Motorsport titles, celebrating a brilliant era of racing at Bathurst.
DETAILS