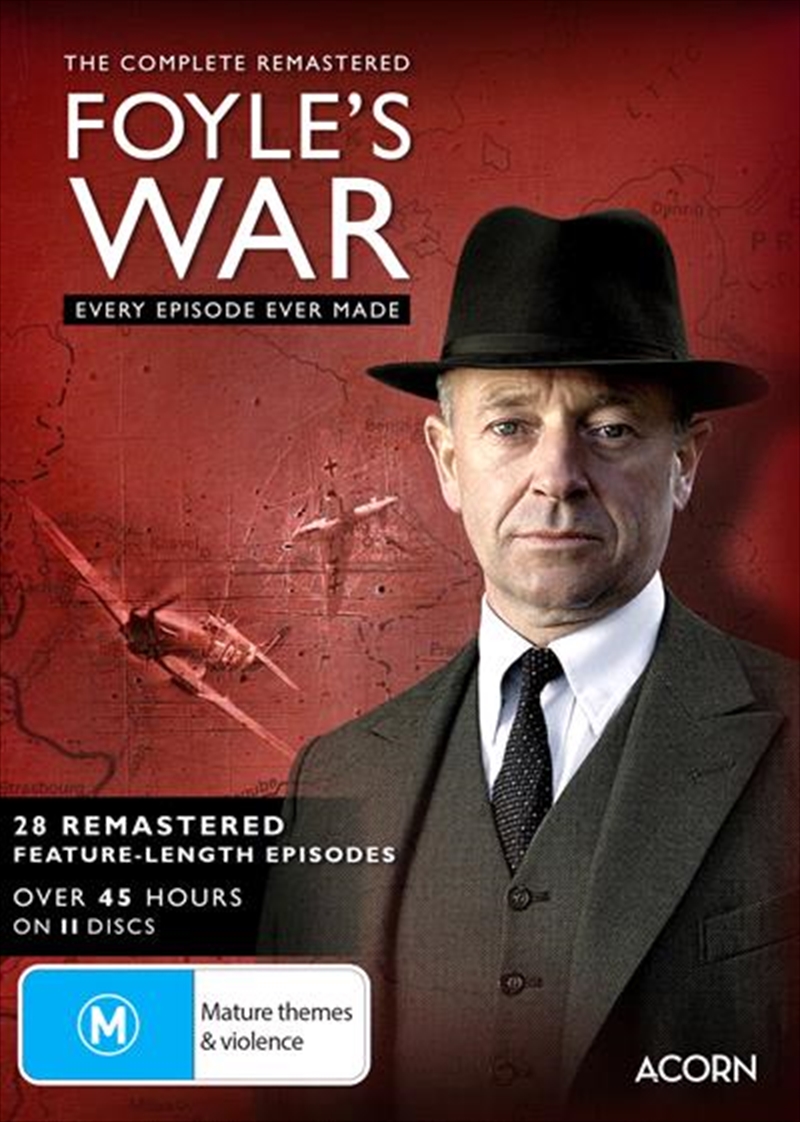 Michael Kitchen stars as Detective Chief Superintendent Christopher Foyle in this acclaimed, long-running series. Originally airing on ITV between 2002 and 2015, Foyles War follows the dramatic world of this hardworking detective during the Second World War in Hastings, Sussex; with the final two series taking Foyle into the murky world of MI5 in London and the perils of the Cold War. War can take away the fi nest men, and what it leaves behind can make a wealth of trouble for a detective short on everything but crime. Foyle struggles against a dark world of murder, robbery, sedition, corruption, sabotage and conspiracy that must be fought at every turn. His job is never easy, but it makes for a timeless, compelling and exciting series. 28 x 120 MINS REMASTERED EPISODES
DETAILS