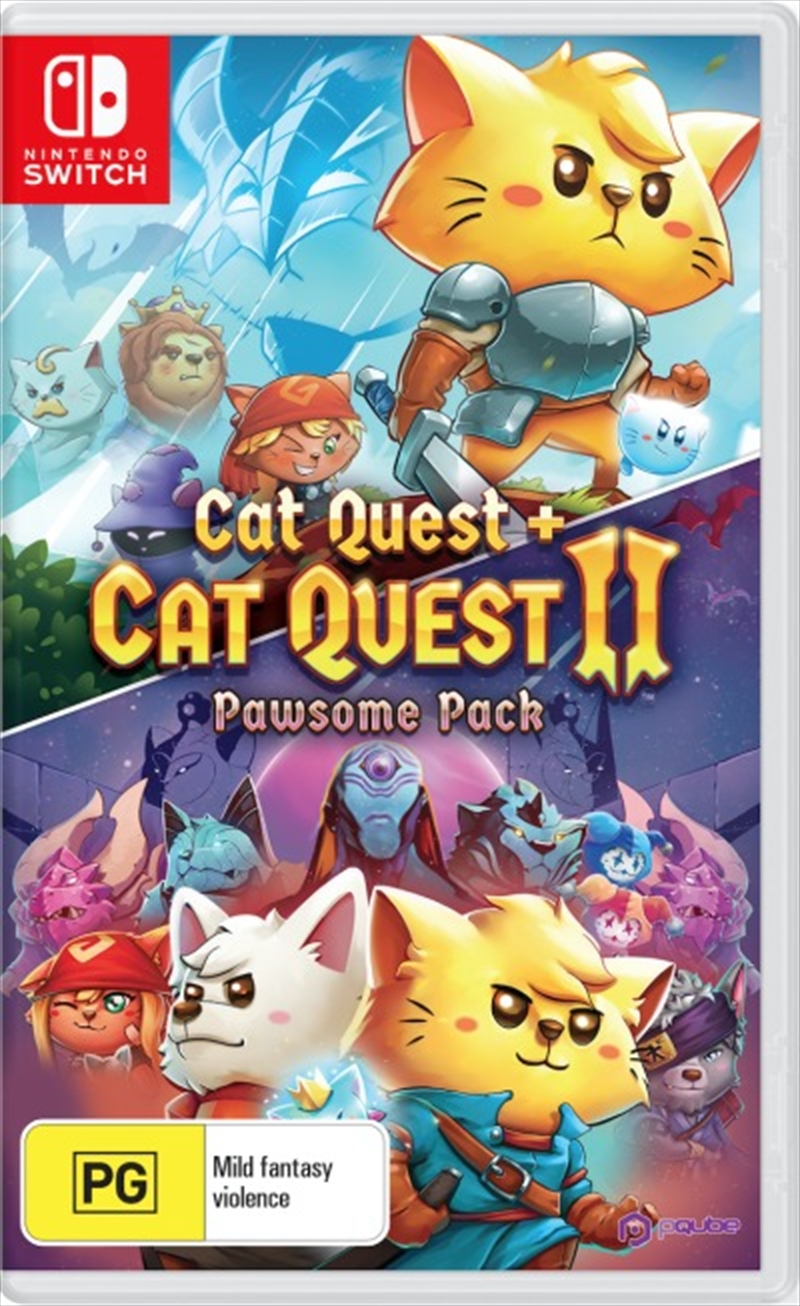 Cat Quest is an open-world action-RPG set in a fantasy realm of cats. Sequel to the award-winning original, Cat Quest II now lets you play solo or with a friend, as both a cat and dog as you embark on an epic journey! Quest in a world filled with magic, defeat curious monsters, collect stat-boosting loot and go on a catventure like never before!

Expanding on the original with more explosive spells, new weapon options, and local co-op - Cat Quest II improves on all aspects of the universally-adored indie sensation. Enjoy both games in one tidy package!

This pawsome pack includes Cat Quest and Cat Quest II for a multitude of catventures - with a reversible cover!

Brand new story set in the world of Felingard - and beyond!

All new co-op gameplay. Play as both cat and dog, either alone or with a friend!

More spells bring even more furry judgement to your foes.

New passive abilities, whose attributes can be mixed and combined for endless paw-sibilities!

Exciting, and varied dungeons filled with new traps and obstacles, making every pounce into the unknown a fresh experience!

Em-bark on a litany of side quests, each telling its own story and expanding the lore and universe of Cat Quest!

Telling the tail of two kings, brought together against their will, Cat Quest II brings together an unlikely partnership as they reclaim their thrones.

Even moar languages! Cat Quest II has all of the previous languages as well as Dutch, Portuguese, Russian, Korean and Turkish!

Go on the ultimutt catventure today!