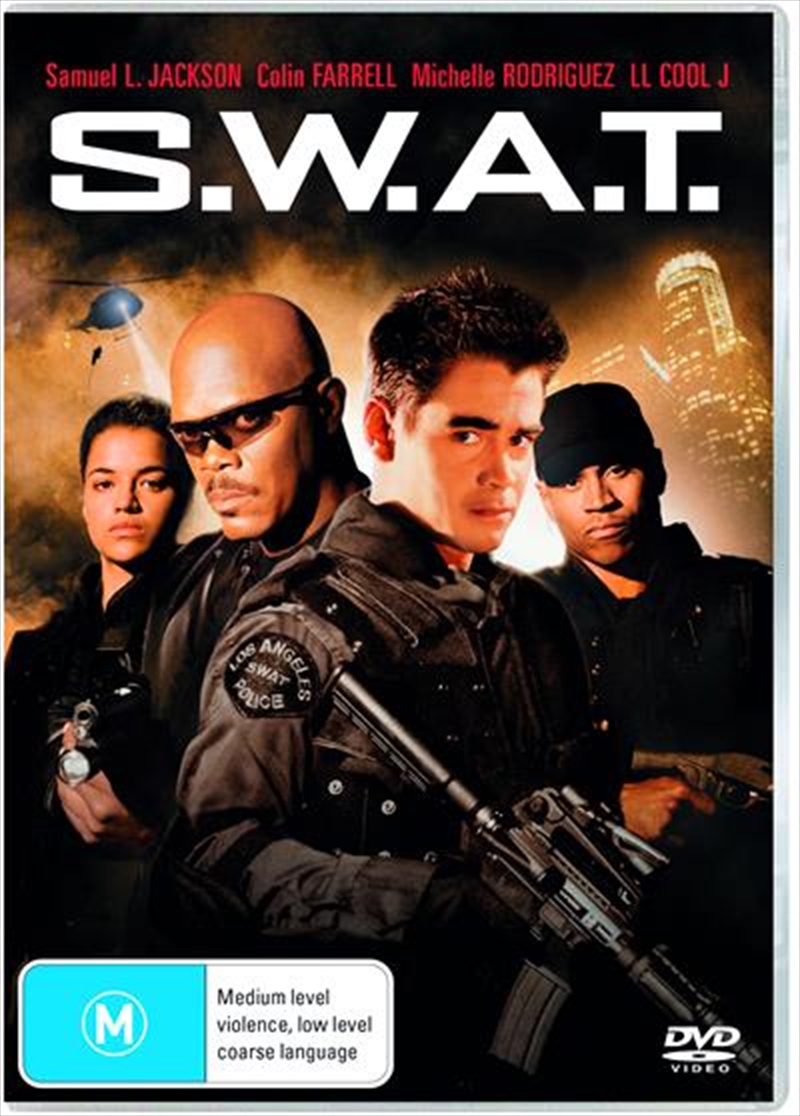 Audience favourite SAMUEL L. JACKSON and rising star COLIN FARRELL (acclaimed for his roles in PHONEBOOTH and THE RECRUIT) join forces in this explosive movie blockbuster from the producers of XXX and THE FAST AND THE FURIOUS.As part of a newly formed Special Weapons And Tactics unit, they're highly trained, heavily armed and ready for their first assignment - transporting a notorious drug kingpin to federal custody, after he's offered a $100 million 'reward' to anyone who can free him! As L.A.'s finest takes on the city's worst criminals, you'll be on the edge of your seat as S.W.A.T. delivers all the pulse-pounding thrills and high-octane action you're looking for!
DETAILS