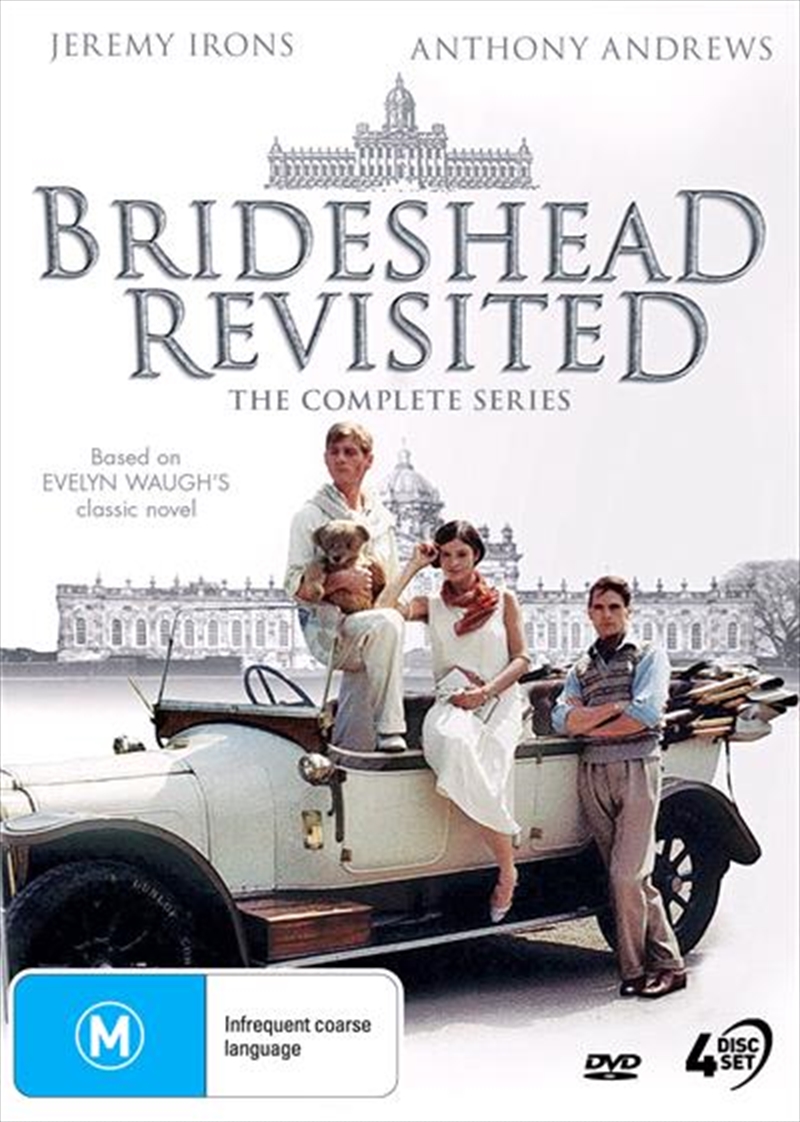 Brideshead Revisited is based on Evelyn Waugh's classic novel. Jeremy Irons stars as Charles Ryder, a disillusioned army captain who is moved to reflect on his languid days in the enchanted castle that was Brideshead, home of the aristocratic Marchmain family whose acquaintance Charles made in the company of Oxford classmate, the charming wild-child Sebastian. Anthony Andrews co-stars as the doomed Sebastian. Sebastian takes Charles under his wing but vows early on that he is not going to let Charles get mixed up with his family. But mixed up Charles gets. He becomes a friend and confidante, not to mention a lover, to Sebastian's sister Julia (Diana Quick). Meanwhile, the self-destructive Sebastian's life spirals out of control. Brideshead Revisited boasts a distinguished ensemble cast, including Laurence Olivier in his Emmy Award-winning role as the exiled Lord Merchmain, Claire Bloom as Lady Merchmain, and the magnificent John Gielgud as Charles' estranged father. Grand locations and a haunting musical score make this a memorable revisit of an irretrievable bygone era.
DETAILS