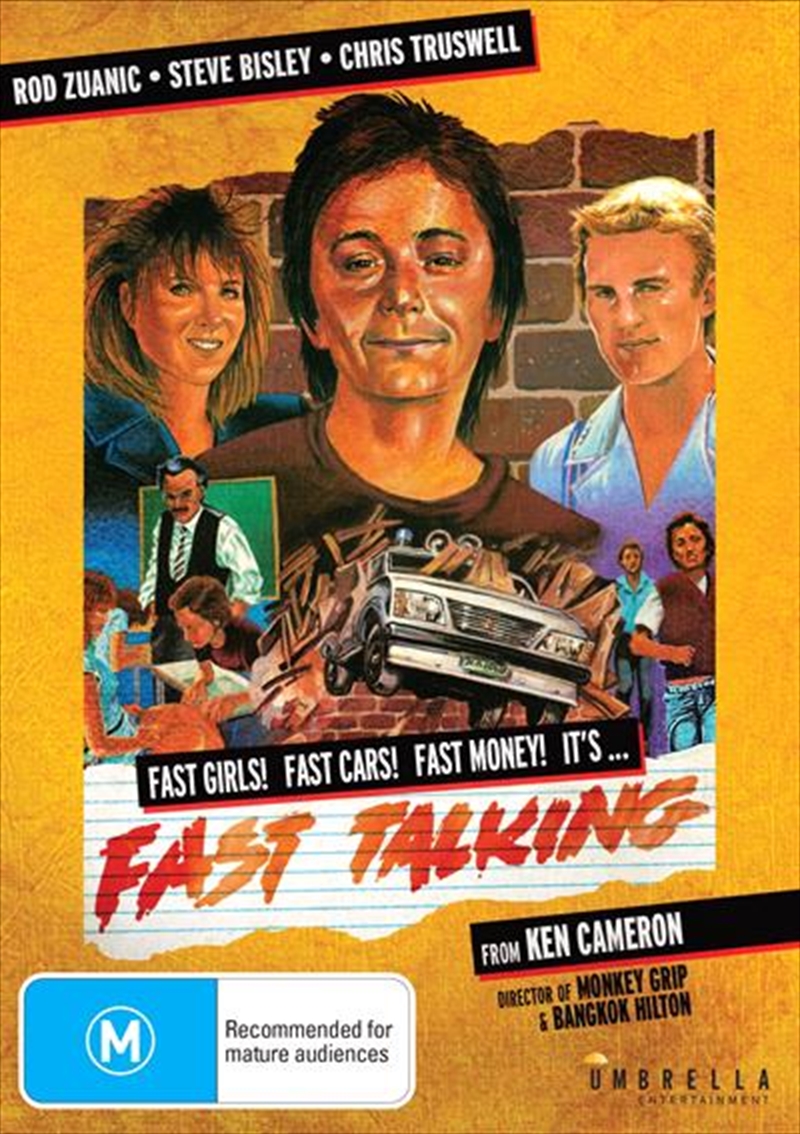 A bright young teenager from a broken home uses his quick wits and glib tongue to get out of trouble - but they often get him into it...Set in Sydney's western suburbs, year 10 student Steve Carson (Rod Zuanic) is a fifteen year old conman and always in trouble, whether it's stealing eggs from a farm with his mate Moose (Chris Truswell, HEY DAD!, UNDERBELLY) or selling dope for his older brother. Abandoned by his mother and left in the care of his alcoholic, unemployed father Steve's older brother is an overbearing bad influence, further pushing him into street crime. He meets Redback (Steve Bisley, THE CHAIN REACTION), an ex-con mechanic who tries to steer him away from trouble and into the garage, helping him build a motorbike. When Steve is pressured to start selling heroin, he sees no way out than to take the money and run... FAST TALKING was met with favourable reviews upon its cinema debut in 1984 though quickly disappeared after its brief theatrical run and obscure video release on the local K-Tel/Filmways label. Occasional appearances on television over the proceeding decade kept it in the minds of fans, but generally it was a difficult film to see. FAST TALKING is a fine example of suburban underclass realism in Australian cinema from one of the unsung directors of the Australian New Wave, Ken Cameron (MONKEY GRIP, BANGKOK HILTON) and features many familiar faces including Tracy Mann (HARD KNOCKS), Peter Collingwood (PICNIC AT HANGING ROCK) and Richard Carter (EMOH RUO) as well as a cameo live performance from The Eurogliders. "This is a grim and believable portrait of a boy sinking deeper into tragedy" - The Age, August 1984 "If there's a time capsule going down in the near future about the state of things in 1984, Cameron's film about growing up in the lucky country should have a place of honour among the artifacts." - Susie Eisenhuth, Sydney Morning Herald, August 1984.
DETAILS